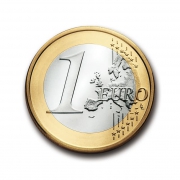 What next for the euro?

2018 was a tough year for the EUR/USD exchange rate. After a false start in January, the euro fell from its high of 1.25 versus the dollar to 1.14 by year end. The pair had to contend with a number of pressures including an up-rating of the market’s expectations around US monetary policy, US-centric trade disputes, and of course fiscal risks emanating from Italy. The prospect of future interest rate normalisation and end of QE purchases by the ECB, understandably, did little to reassure investors. As the year closed however, US economic exceptionalism began to fade, the Federal Reserve switched off ‘autopilot’ in response to market turbulence, and there was some long-awaited positive news relating to China-US trade tensions. The Italian government even struck a deal with the EU over its 2019 budget.

Perhaps things are now looking up for the euro in 2019. In chart 1 we show the historical EUR/USD exchange rate as well as some other pertinent information: Purchasing Power Parity (PPP) fair value, and a range of forecasts from a panel of ten sell-side banks. If these forecasts are taken to reflect the market consensus, then the euro is expected to range-trade in the first quarter of 2019, before rising through the rest of the year. Although the consensus is rarely correct (often for good reason, as the formation of price expectations can often be a factor which instructs policy change), it is instructive both to understand why the consensus is as it is, and to also think about the factors that markets could be under or overpricing. Taking these questions in turn:

What could be the main factors explaining the consensus?

What are the downside risks to the consensus?

It would seem so far that the outlook for the euro is rather rosy. The average forecast is however a composite of a wide range of potential outcomes and there are a number of factors which could upset the euro’s outlook. Below are just a few of those possibilities:

It is never easy to predict what a currency will do, and the euro is no exception here. We can probably conclude that the market outlook is cautiously positive, but that a number of hurdles will need to be cleared before the euro is free to converge towards Purchasing Power Parity. Nonetheless the risks described above hopefully serve as a non-exhaustive (I think Brexit goes without saying) checklist of factors to watch out for in 2019.