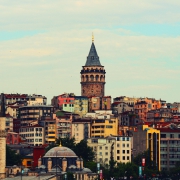 Turkey’s Currency Crisis Series: Part One (of Two) – The Impact on the Turkish Economy

Turkey is not experiencing its first currency crisis. Regular Turkey watchers will likely remember the 1994 and 2001 crises, which both saw an erosion of more than 40% of the value of the currency in real terms. However, the characteristics of this crisis are slightly different. Both in 1994 and 2001, the currency broke its peg or managed float as the Central Bank’s heavy intervention to defend the exchange rate proved insufficient against the run on the TRY (Turkish lira). This time, as a result of a floating exchange rate regime, the overall depreciation happened over the course of a couple of months with a very significant move in one day (24% depreciation as the USDTRY cross rose from 5.54 to 7.03 on the 10th of August). The TRY has since recovered around 15% from the trough of the crisis, now trading at around 6.10 TRY to the dollar.

The causes of this crisis are not entirely new to the EM investors. Emphasized in a previous blog post, Turkey, in view of its structural current account deficit, was vulnerable to a sudden withdrawal of capital by international investors. A precarious inflation outlook and concerns over the erosion of its institutional credibility, especially the independence of its Central Bank, amplified this vulnerability in the short-term. A diplomatic spat between Erdogan and Trump was then the ignition required to trigger a sell-off which was exacerbated by typically thin summer liquidity. Lacking a credible policy response, the currency acted as a pressure valve for the economy. As the dust settled, and investors had time to assess the economic spill-overs, the TRY was left around 40% cheaper compared to the start of the year. While Turkey’s problems are principally home-grown, the anticipated effects on the European banking system, and fears that other deficit countries might face the same fate, had investors treading cautiously.

More than a month following the crisis, we now have data regarding the response of the economy to this shock.

Locals historically hold a substantial share of their bank deposits in foreign currency. This reflex can possibly be traced back to previous crises being fresh in memory and the devastating scope of the impact they had on the value of the currency. Therefore, it would be plausible to suggest that locals feel a need to keep a portion of their savings in FX deposits or gold as a precautionary hedge. In the week following the crisis, it was no surprise to see that locals withdrew around $70 bn of FX deposits (Figure 1). The run on bank deposits – likely driven by fears of emergency measures by financial authorities – was short-lived and in the subsequent two weeks locals redeposited a large amount back into the system.

This transitory withdrawal of capital could in effect be seen as a real-time stress test, which reassuringly the banking system passed, in part due to high capital adequacy ratios. Turkish banking law entitles the banking watchdog to set a higher targeted capital adequacy ratio compared to the Basel III requirements which seemingly proved to be vital. The size of the withdrawal was large, but could not quite be classified as a bank run, likely indicating that locals are not currently concerned about more drastic measures from the government like capital controls being implemented.1

The Turkish economy was already showing signs of rebalancing in 2018Q3 as the impact of government backed credit funds prior to the elections in June was wearing off. However, the shock from the currency crisis seems to have accelerated this process. As the recent Manufacturing PMI numbers suggest, a contraction in the economic activity is on its way. Output, new orders and employment all fell as eroding purchasing power repressed the domestic demand even further. However, the devil is in the detail. New export orders were actually on the rise. The impact of this adjustment in the official data is more apparent.

The trade deficit for August narrowed by 4.2 percentage points of GDP and came in at 2.4 billion USD (3.3% of GDP). The last time Turkey’s trade deficit fell below the 3 billion USD mark was in October 2009 following a real GDP contraction of 14% YoY in the aftermath of the Global Financial Crisis. This rapid positive adjustment in trade has come despite the J-curve effect which suggests that currency depreciation should first deteriorate the trade balance in the short-term. Since prices react quicker than patterns of trade volumes, the mechanical effect of increasing the price of imports and decreasing the price of exports should dominate in the short term. The expected positive impact on the trade balance should then arrive in the longer term, as a result of the elasticity of net exports to the exchange rate. However, in this case, the scope of the ongoing depreciation seems to have short-circuited this process. By examining trade volumes one can gain a clearer picture of the underlying trend (Figure 2) – a significant rebalancing has been taking place since February of this year.

Following the sell-off, the immediate response from the officials was aimed at giving breathing space to Turkish Banks. The Central Bank cut foreign currency reserve requirements to provide liquidity into the system. The banking watchdog followed suit by cutting the limit on lenders’ swap and swap-like transactions to 25 percent of shareholder equity from 50, to deter short-selling the currency.

In the following weeks, the Central Bank hiked its policy rate by 625 basis points to 24% citing the deterioration in pricing behaviour. This was followed by a Medium-Term Programme announcement by the government which signalled a substantial downward revision in growth and current account forecasts, alongside more austere budget planning.

A coordinated policy tightening from both the monetary and fiscal authorities is likely to increase the speed of the slowdown in the economy. This comes with important implications on external balances.

This adjustment is expected to result in a sharp correction in the current account balance – the Achilles heel of the Turkish economy (Figure 3). Based on recent data releases, our model predicts a current account surplus in August 2018 (official data to be released on the 11th of October). Strong seasonality impacts, such as surging tourism revenues and lower energy imports, play their part. A large part of the adjustment seems to be due to changing purchasing patterns, however.

The correction in the current account balance comes with important implications for the currency, owing to the fact that foreign direct investment and portfolio investments were two major sources of financing of this deficit, historically. As there was a reversal in the portfolio inflows starting from the beginning of 2018, the gap was closed by a corresponding increase in ‘other investment’, ‘reserve drawdowns’ and the ‘net errors and emissions’ subcomponent of the Financial Account (Figure 4). This left the currency vulnerable from a supply versus demand standpoint. ‘Other investment’, which mainly summarizes the flows between foreign and local banks, overextended the FX position of the banking system. ‘Reserve drawdowns’ just fed into the negative feedback loop for the currency in recent months, as the limited level of central bank reserves was public knowledge, therefore it was obvious that the Central Bank would not be able to keep selling reserves. Meanwhile, ‘Net errors and omissions’ statistically have an expected value of zero making them unreliable.

An eventual correction in the current account deficit is likely to make this gap smaller, thus easier to finance. Moreover, it would mechanically support the currency as a correction comes with increasing relative demand for the Turkish lira versus decreasing relative demand for foreign currencies. Were the portfolio inflows to turn positive, the Central Bank could even start building its reserves again from this point on.

Having examined the impact of the currency crisis on the Turkish economy, we will assess the risk profile for investing in Turkish assets including the TRY in a follow-up post.

Issued in the UK by Record Currency Management Limited. All opinions expressed are based on Record’s views as of 10 October 2018 and may have changed since then. The views expressed do not represent financial or legal advice. Record accepts no liability should future events not match these views and strongly recommends you seek your own advice to take account of your specific circumstances. This material is provided for informational purposes only and is not intended to reflect a current or past recommendation, investment advice of any kind, or a solicitation of an offer to buy or sell any securities, Record Currency Management Ltd products or investment services. Any reference to Record products or service is purely incidental and acts as a reference point only for the purposes of this note. The views about the methodology, investment strategy and its benefits are those held by Record Currency Management Limited.