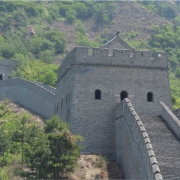 Trade, Trump and Stability of the Chinese Yuan

The concept of stability in the Chinese currency has been of great interest to investors, especially since the introduction of the People’s Bank of China’s (PBoC) preferred measure of CNY strength, the ‘CFETS index’. As it stands, the official stance of Chinese policymakers is to manage the bilateral exchange rate versus USD such that CNY remains broadly stable versus its main trade partners. Of course, some opacity is required so that the PBoC can temper large one-way moves and prevent speculation. This comes in the form of its elusive ‘counter-cyclical adjustment mechanism’. China’s currency could indeed be broadly described as ‘stable’ on the basis of its trade-weighted exchange rate fluctuating around a certain level, and low spot exchange rate volatility, albeit with occasional larger short-term moves.

With the announcement of a potential memorandum of understanding between the US and China on trade, it is widely expected that the US will demand some kind of commitment on exchange rate policy. Most likely, this will take the form of a pledge to refrain from competitive currency devaluations, but more stringent conditions are also possible. Key topics within the trade negotiations to date relate to market entry barriers and forced technology transfers, but a key sticking point for President Trump is a desire to narrow specifically the US/China trade deficit. We can presume then, that Washington’s emphasis in exchange rate policy will be on the bilateral USDCNY exchange rate. As it stands however, it would be difficult for the US to make accusations of indecent exchange rate practices vis-à-vis the US dollar. For one, the PBoC have recently made concerted efforts to prevent, not encourage, weakness in the exchange rate, the scars of which are evident on its balance sheet. In addition, the Chinese yuan is broadly thought to be at fair value or slightly overvalued relative to its fundamentals, contrary to the idea of China intentionally running a weak currency.

Whether an FX commitment can be justified by the US and accepted by the Chinese on the basis of fairness is unlikely to matter. Chinese policymakers are grappling with a number of home-grown issues including slowing growth and measured deleveraging. An agreement on trade would be one thorn out of the side of China. On the other hand, President Trump will be looking to secure his position in the run up to elections in 2020, where a thriving economy and buoyant stock market will be key to his success. It looks as though some kind of truce on the exchange rate, insofar as it facilitates a reduction in trade uncertainty, is to be mutually beneficial from a political perspective. The economic reasoning, however, is less compelling. China already targets a stable trade-weighted exchange rate, but any strict rules around the USDCNY exchange rate specifically (some market participants are purporting a ‘Plaza accord 2.0’) would create a plethora of dilemmas, and is conceivably unsustainable in the long-term.

The unsustainable nature of an agreement restricting two-way movement in USDCNY stems from the fact that the US and China are in very different economic stages, both cyclically and structurally. Moving back to a strict FX policy versus the US dollar would disrupt the careful balance in China, currently struck between growth and deleveraging. The move would unwind recent monetary easing, send growth even lower, and probably be self-defeating, as speculators would not be too far behind. A country’s FX reserves rarely last for long in such circumstances. The remaining option is to tighten further capital controls, which runs counter to both Chinese aspirations of internationalisation and US demands to reduce financial barriers to entry. China would surely not agree to a policy which overwrites long-planned and much-desired strategic objectives.

A policy of exchange rate stability – by the Chinese definition of a stable trade-weighted exchange rate – has been operated for some time now, and seems to strike well the balance between continued internationalisation of the capital account, market influence on the exchange rate, and in the management of transition to a slower and less export-focused economy. In addition, it is a policy which should not, in theory, offend US trade hawks. This is because CNY downturns, whether they are the result of broad USD strength, or China-specific weaknesses, are generally moderated by the PBoC under the existing framework. Chinese policymakers might now face a choice between maintaining the basket stability framework and pledging to refrain from currency devaluations, or switching back to a more managed and USD-centric exchange rate policy. Under the former, China loses a powerful tool to combat unforeseen future downturns in the Chinese economy. Under the latter, China risks an immediate policy mistake and exposes its currency to speculative forces. If the US chooses, and is able to successfully impose this stark choice upon China, then it will soon become clearer who has the weaker hand in regards to trade negotiations.