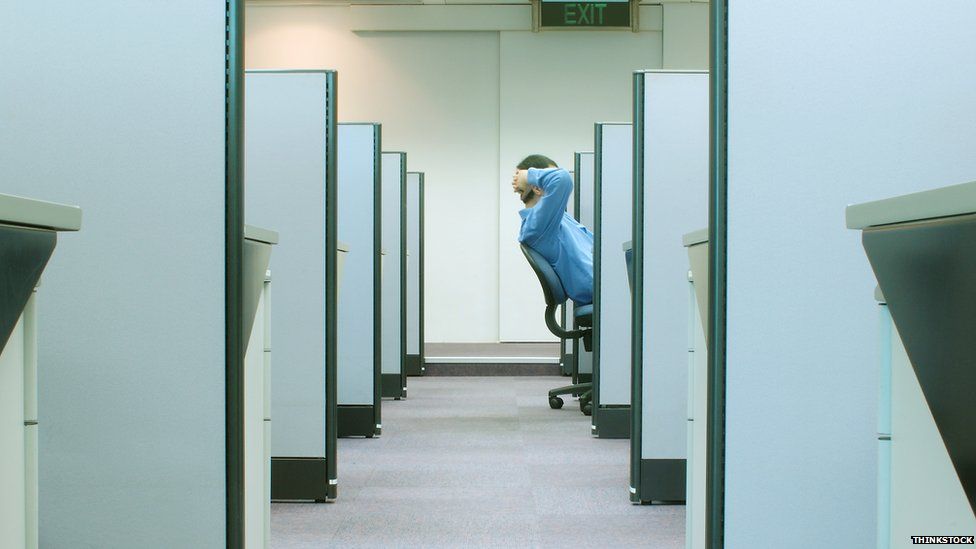 UK unemployment is at record lows, and there are historic levels of open job vacancies. However this has not been driven by an economic boom, but instead by a decline in the size of the work force – despite a larger economy, we estimate there are approximately 700,000 fewer people in work in the UK in 2022 than there were in 2019. This note, the first in a series looking at the UK economy and market implications, explores who has left the workforce, and why this has occurred.

In Q1 2022, the number of job vacancies in the UK surpassed the number of those looking for work for the first time this millennium, with the unemployment rate at lows not seen for decades (Figure 1). 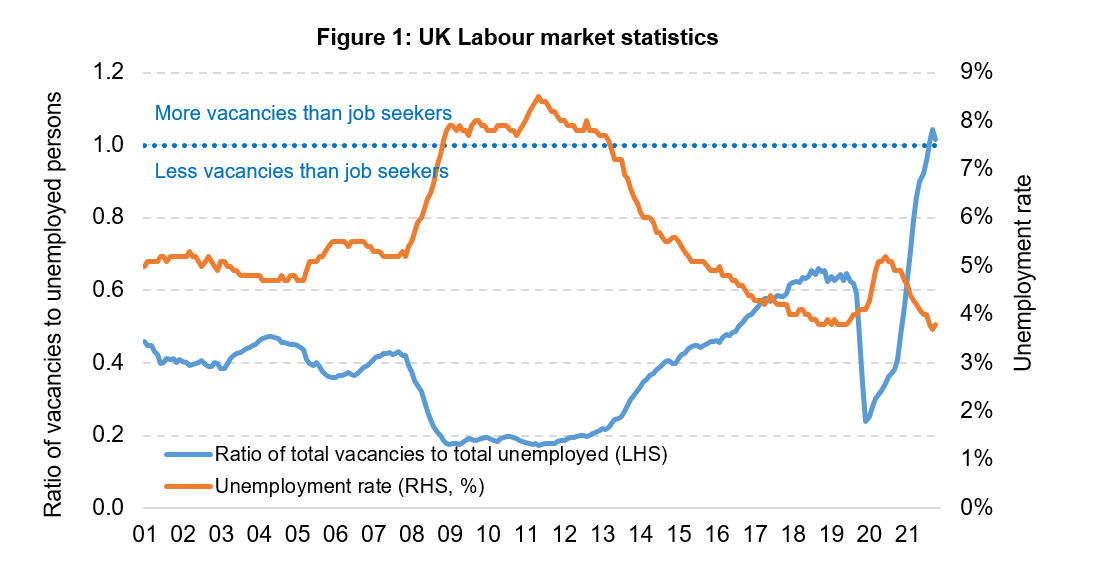 However, whilst politicians may cheer the lowest unemployment figures since the 70’s, subsequent pockets of labour supply shortages are upending production of key goods and services (anyone who has attempted to navigate the queues at Heathrow recently knows this first hand). The major restructuring of the British labour market over the past few years (first Brexit, and then COVID-19 pandemic), has led to a smaller, less dynamic, and less skilled labour force, a chronic problem facing the economy and policymakers today. A tighter labour market combined with surging nominal wage growth and inflation presents obvious wage-price spiral risks, whilst the roots of these economic dynamics have been largely ignored by Bank of England until recently.

This piece, focussing on the supply of labour, will be first in a series looking at understanding the changing UK economy, with further analysis following on the demand side (and implications for UK wages), and the consequent impact for markets and investors.

Q1 2020 represented the peak in the size of the UK labour force; since then it has declined by circa half a million workers (Figure 2), a reduction in the labour force participation rate of approximately 1.5% (labour force participation rate is defined as the % of working age population (15-64 year olds) participating in the labour force either as employed or unemployed and actively looking for work). Though employment has rebounded from pandemic troughs, in absolute numbers fewer people are employed in the UK than pre-pandemic, despite a larger total population. 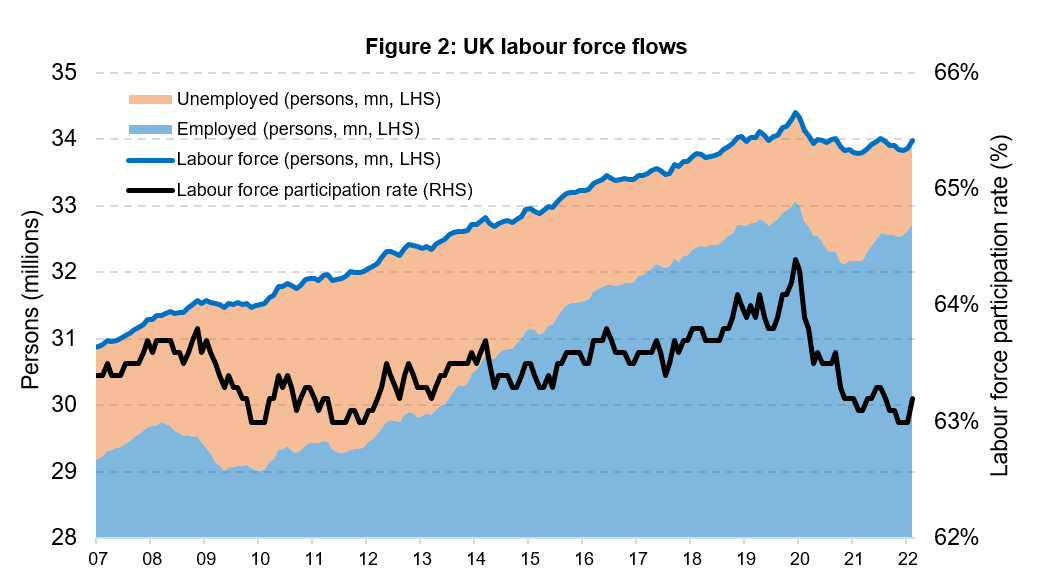 While no statistics are ever 100% reliable (and collecting them was particularly challenging during COVID-19) we have reason to think that it is more likely that the Office for National Statistics (ONS) is underestimating the decline in the size of the labour force, rather than overestimating it. In particular, ONS survey based inactivity data does not account for the possibility for emigration or excess (COVID-19) deaths in the working age population (by definition, they were not surveyed). We provide an estimate of a more reflective labour force size accounting for such dynamics in Table (1).

Source: ONS, Macrobond. Data as at 30/06/2022. Ceteris paribus assumption made that all other inflows/outflows ex economic inactivity/migration/COVID-19 deaths have remained constant. COVID-19 deaths related to working age population, under the assumption that all were participating in the labour force.

3) Who is leaving the workforce demographically? Changing composition of the labour force largely attribute to older segments of the population

Demographically, the distribution of the rising inactivity has fallen heavily on the older 50-64 and 65+ age groups, reversing the trend of the last decade (coinciding with a rising pension age). The young to middle aged population by contrast, are actually working slightly more than pre-pandemic (Figure 3). We explore reasons for inactivity in section 5. 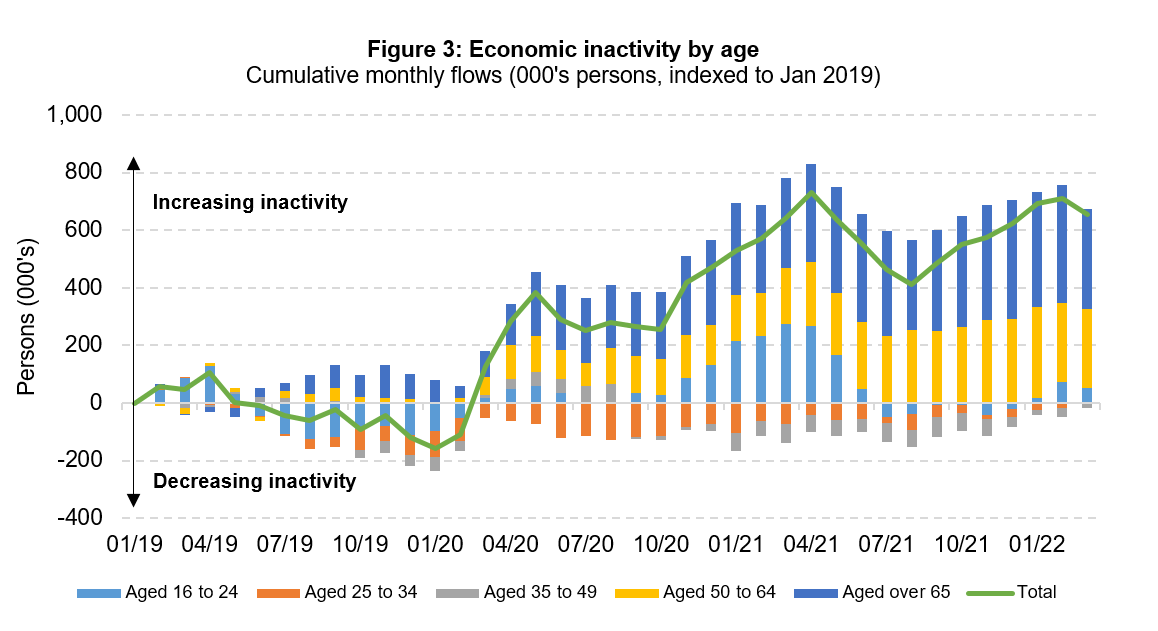 4) Who is leaving the country (i.e. what are migration trends)? Brexit and EU emigration has compounded labour force outflows during COVID-19, though disentangling the effects remains difficult

Britain’s exit from the EU has pressured foreign labour supply. Meanwhile sectors such as accommodation, food services, retail and hospitality, all heavily dependent on workers from abroad were disproportionality hit by lockdowns. Taken together, this likely explains the mass exodus of 200,000 EU born workers in 2020 (Figure 4), though this has now partially reversed since 2021. Disentangling these effects remains challenging though, notably as any emigration decisions will be function of both Brexit and COVID-19 dynamics. Some recovery linked to economic opening/normalisation has likely explained the net inflow since 2021, though ONS and statistical agencies alike have noted major challenges in tracking such data during the pandemic. 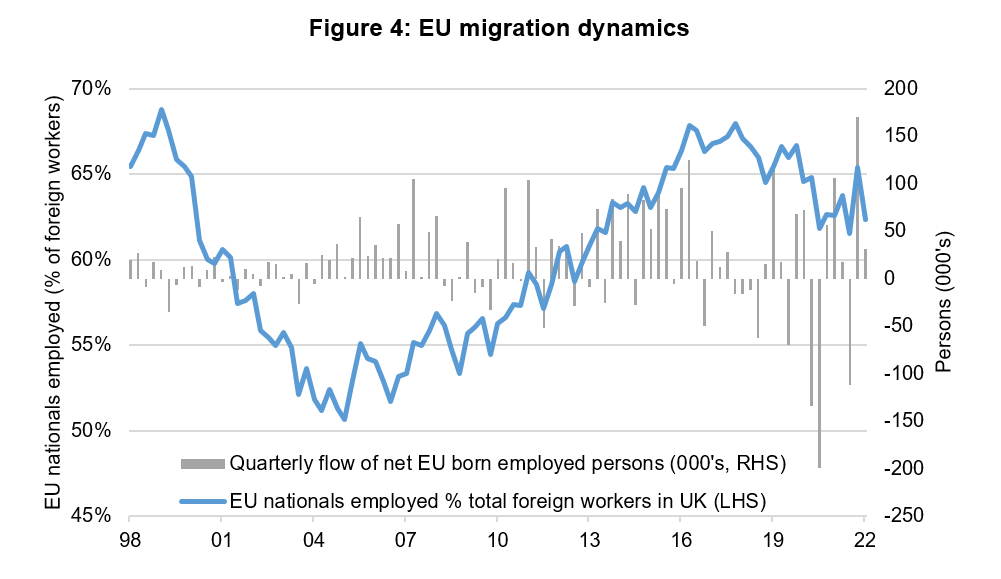 5) Why are people not working? Changing composition of the labour force shows inactivity driven by long term sickness, discouraged workers and education flows

Since January 2020, ONS surveys indicate approximately 612,000 more people than expected have become economically inactive i.e. neither in work, nor looking for it. The true scarring from the pandemic is only really evident after digging beyond the surface level data. ONS data (Figure 5) reveals a brutal increase in long-term sickness, representing over a third of the decline in the labour force. Notably growth in the long-term sickness category pre-pandemic had been relatively stable, likely reflecting an aging population. However, extrapolating these long-term demographics only explains a small percentage of the increase in the ill-abled category in the past two years, and therefore we think circa 150,000 persons have left due to long-COVID sickness or affected vis-à-vis additional pandemic pressures on the NHS/ general hospital services.

The rise in student activity is interestingly attributed to the older aged categories – data from HESA suggests an additional 85,000 mature persons (30 years and over) are in higher education, evenly split between postgraduate degree and undergraduate degrees. It is however not clear the motivations of mature persons returning to education. This could either be older people looking to reskill into new industries or those exploring post retirement opportunities. With limited data availability, our suspicion is the majority lie in the latter category and will unlikely return to the labour market. It would be easy to conclude it was actually younger adults who have postponed employment due to uncertainty in the graduate jobs markets. However, we have seen on a net basis economic inactivity flows between 16-34 year olds (who are more likely to be in some form of education) have actually returned to pre pandemic numbers (Figure 3). This suggests that particularly younger adults have returned to part time jobs left during the pandemic or have now left for graduate opportunities.

Notably, the only category that decreased in inactivity during the pandemic is those ‘looking after family/home’. Anecdotal evidence suggests those with caring commitments have increased their economic activity over the pandemic, possibly due to flexible remote/hybrid working regimes. It may also reflect high mortality rates amongst those who most needed care, subsequently freeing up more labour supply. 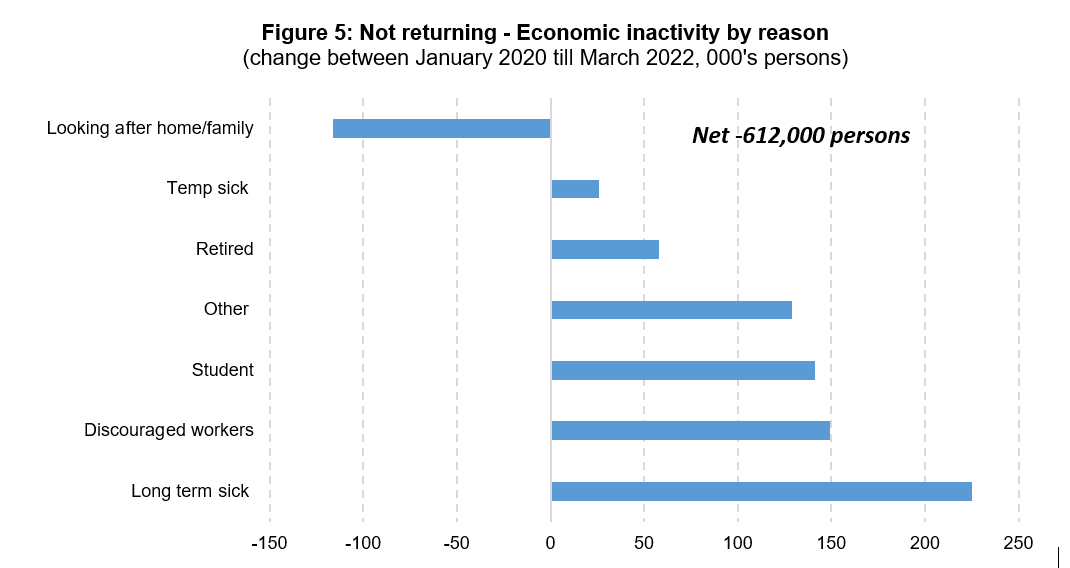 6) Are these labour force outflows recoverable?

It remains an open question as to whether these outflows and dynamics will remain sticky into the medium to long term. Excess deaths in the work force are fairly obviously permanent, and as with any new disease, speculating whether those with long COVID will recover enough to re-enter the workforce is difficult. There are hopes amongst policy maker circles that we may see some counterbalancing as further economic normalisation ensues, plus the effects of hybrid/remote working helping those unable to enter by other means. However analysing the age profile of those who have left the workforce (shortly before retirement), it is our suspicion that these changes may be long-lasting, whilst data collected by the likes of ONS and other statistics agencies is also likely underestimating the degree people exiting the UK labour market as noted earlier.

To conclude, the UK labour force has undergone a seismic shift in over the last few years. Half a million people since 2020, mainly from the oldest and most experienced sectors of the workforce, have either been forced to stop work or have decided to leave of their own accord. It is our suspicion, that there is no going back and a majority of changes are somewhat permanent. Employers, policymakers, and investors all need to become accustomed to this new reality of labour shortages, as the Phillips curve reasserts itself.

However, labour supply is not the only variable in the economy. In the rest of the series we will look at the other side of the equation, how the demand for labour has evolved, and the resulting implications for wages and inflation.