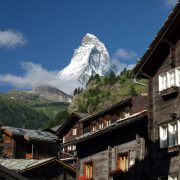 After last week’s highly telegraphed announcement, the ECB decided to cut the deposit rate deeper into negative territory (now at -0.30%) despite the fact that Mario Draghi himself had said earlier in the year that, for all intents and purposes, the ECB had reached the zero lower bound (ZLB). Such is what we have to come expect from central bankers over the last few years as forward guidance mutates into data dependent actions and then back to forward guidance. It’s a tricky balancing act as both central banks and markets are caught in a temporary equilibrium where each other’s perceptions feed into actions, and vice-versa. In this latest round of the game of musical chairs, the market was left without a chair last Thursday when the music stopped, and the repricing was abrupt and instantaneous.

With such an opening act, what might we expect from the SNB this Thursday (December 10), and beyond? The chart below illustrates a way to think about this, namely, by trying to ascertain from previous policy actions what the SNB believes the neutral real interest rate (NRIR) might be. Using a traditional Taylor Rule, the chart below shows the range of 3m CHF Libor rates consistent with a -2 to 2% NRIR (as per Wicksell’s conception of this equilibrium interest rate).

By setting a policy rate at -0.75% (towards the middle of the pink band) it would be safe to assume that the SNB probably believes the Swiss economy’s NRIR is currently about 0%. This would be consistent with the latest quarterly GDP data and but also with a long term decline in the rate of labour force growth which will begin to kick in over the next few years as well as slowing productivity growth post the 2007/8 Global Financial Crisis.

What does this mean for SNB policy going forward? If 0% is the new normal NRIR, then the current real interest rate (taking into account the SNBs’ own latest inflation forecast of -0.5% as per its latest quarterly forecast round in September 2015 (see here) is 0.5%, which means another cumulative 50bps of cuts is not of out the question if the SNB were to move to its NRIR estimate as revealed by this Taylor Rule framework.

While we think the SNB may not cut in the short term, it does appear that there is still room to cut rates further, especially as evidence points out that the ZLB may not yet have been reached in Switzerland. For example, the steady increase in 1000 CHF notes in circulation is line with the historical average and bank deposit data show no major shift into cash from retail deposits. The risk, of course, is that as the ZLB is reached, the SNB loses control of the monetary base once individuals begin to withdraw large amounts of electronic deposits and convert them into cash, for which there is currently no penalty. No one knows when the ZLB will be reached, and the SNB might yet try to test this level once more. Where the ECB goes, it would appear, others must follow.