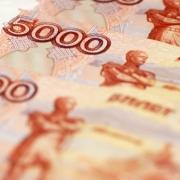 There was a significant pullback in risk-on asset performance, including EM FX, over the last 10 days likely driven by pricing of a shallower economic recovery in 2020Q4 and 2021Q1 on the back of

This swift turn in sentiment was likely exacerbated by early pricing of event risks around US elections and the absence of positive news on the vaccine front despite some expectations from market participants. EM FX as a universe came under pressure while the underperformance was centred around a group of EM currencies (Figure 1) which is largely explicable in three components:

The former leads us to the conclusion that short-term positioning is likely a big driver, generating outsized price movements in the current subdued liquidity environment in FX, while the material underperformance of the rouble in September is, simply put, eye-catching.

In an attempt to explain RUB’s continued depreciation over the course of the month, some market participants pointed out increased country risk premium due to developments in Belarus, nearing US election cycle in which Biden still remains the favourite to win according to polls and betting market pricing, and escalation in conflict between Azerbaijan and Armenia.

All are imperative political developments and might indeed contribute to negative tail-risk scenarios in local currency denominated assets. However, we note that, actually the news flow in the last one week point towards narrowing Biden advantage in US elections while the Western consortium of US and European countries have so far failed in implementing any material economic or financial sanctions on the Russian economy in response to its involvement in Belarus. On the latter, Russia has so far been the side trying to broker peace (like previous episodes) and although further escalation cannot be ruled out, asset market/economic implications remain quite limited.

However the impact on the exchange rate has been significant and the recent depreciation has now taken the rouble to its trough last seen during the peak of the COVID-19 crisis (March ‘20) and the Russian financial crisis (Feb’16) following the Crimea annexation (Figure 2). Bearing in mind that the COVID-19 crisis had also coincided with a significant oil price shock due to Saudi Arabia and Russia engaging in a price war in addition to weak demand, current spot exchange rate levels signal a more material underperformance compared to that period.

The magnitude of depreciation has pushed the RUB real exchange rate to its historical lows as well, in a similar trend to spot due to Russia being a low-inflation economy, both versus the US dollar and a basket of G4 currencies (Figure 3)…

… which appears to be a slight overreaction.

To assess the short-term impact of certain factors on the USDRUB spot exchange rate, we deploy a short-term fair value model exercise which utilizes the following variables:

All five variables prove to be statistically significant in the last three months (meaning that they were drivers of the spot exchange rate) and the model is able to explain 65% of exchange rate fluctuations on a daily basis. Movements in these five variables over the course of last two weeks are unable to explain the recent decoupling in pricing behaviour however and the model currently puts the short-term fair value at around 5% stronger levels (Figure 4). Hence pointing towards RUB undervaluation, a signal that is verified by more medium-to-long term models such as RFV (Record’s proprietary BEER model) or Balassa-PPP (Purchasing power parity implied exchange rate levels controlled for productivity), as well.

Balance of payments and flow dynamics are often drivers of spot exchange rates in these volatile environments and a flagging current account picture could be one usual suspect given the negative price action in oil year-to-date and the significance of the commodity in Russia’s exports. Figure 5 suggests that the current account balance has indeed deteriorated in 2020Q2 largely on the back of shrinking goods surplus and a substantial headwind from investment income on the back of asset price volatility in global markets (considering that Russia boasts a positive net international investment position balance). Despite this unprecedented shock in both accounts, the current account balance remained in positive territory, however. Oil prices have rallied 20-25% since their 2020Q2 lows and the investment income is expected to be a positive contributor this time around. Hence the current account is projected to be providing tailwinds, once again.

From a risk assessment point of view, Russia stands out in terms of its reserve coverage ratios in EM, as it can cover the entirety of its foreign debt stock through reserves and mop up the short-term obligations ten times (Figure 6)…

… which is the result of a significant build-up of its reserve war chest since 2016 (Figure 7).

Tuesday morning saw the central bank of Russia announce selling an additional ~35m USDRUB a day until the end of December on top of its current intervention which was circa 30m USDRUB a day. Regardless of the size of the selling, it is clear that the current levels and accompanying volatility is making the central bank uncomfortable and triggering the appropriate policy (and communication) response which is supportive of a positively skewed return distribution going forward.

The positive outlook for the rouble isn’t without risks. The most noteworthy of all being sanctions following a possible Biden victory in November elections. Although such a risk cannot be dismissed, we note that the Russian economy is more resilient now compared to 2014 when Crimea annexation-led sanctions pushed it to a material recession, and the recent adjustment on the currency side suggests that a significant portion of  that risk might already be priced in.

Notes: All data as of the 30th of September, 2020 unless indicated otherwise. Source: Macrobond, Record.

Issued in the UK by Record Currency Management Limited. All opinions expressed are based on our views as of 2nd of October, 2020 and may have changed since then. The views expressed do not represent financial or legal advice. We accept no liability should future events not match these views and strongly recommend you seek your own advice to take account of your specific circumstances. This material is provided for informational purposes only and is not intended to reflect a current or past recommendation, investment advice of any kind, or a solicitation of an offer to buy or sell any securities, or any of our products or investment services. Any reference to our products or services is purely incidental and acts as a reference point only for the purposes of this note. The views about the methodology, investment strategy and its benefits are those held by us. All beliefs based on statistical observation must be viewed in the context that past performance is no guide to the future.