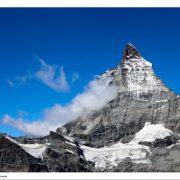 Masters of Their Own Fate: Explaining the Swiss Franc Strength, 2011-2015

What explains Swiss Franc strength against the Euro in the run up to 15 January 2015, the day when the EURCHF peg which had been in place since September 2011 was irrevocably abandoned by the Swiss National Bank (SNB)?

Many analysts had explained on-going Franc strength or appreciation pressure as the product of safe haven flows seeking a hard, credible currency in the aftermath of the Global Financial Crisis (GFC). While this was a primary driver in the months subsequent to the Lehman debacle, a closer look at the data suggests that Franc appreciation pressure may have come from Swiss investors themselves, pitting them against the SNB whose main role was to defend the currency peg.

The chart below reveals that the Swiss domestic investor base was (in aggregate) unwilling to recycle their surpluses into the acquisition of net financial assets (equities and bonds) abroad. Not only were these outflows not forthcoming, but bond outflows in particular were on average negative for the best part of three years, 2010-2012. That is, Swiss investors were net sellers of foreign bonds at time when they still had a need to channel their excess savings outside of Switzerland.

The general loss of investor confidence in the Eurozone as a whole around this time (Draghi’s famous whatever it takes was in July 2012) meant that the Swiss were shedding “periphery” bonds and focusing on the narrower subset of German, Dutch and Finnish bonds with super safe status within the Eurozone. Ironically, this compounded the problem for the SNB, which was then forced to intervene in larger amounts by selling Francs to itself achieve these outflows that were not forthcoming via private and public pension funds and large asset pools within Switzerland.

Does this matter, or, put another way, was the EURCHF peg removal ultimately inevitable? For years, the SNB argued that the Swiss current account surplus itself was structural in nature (owing to particularities in the structure of the Swiss economy and its place in the global financial system) meaning that the SNB would have had to potentially intervene into perpetuity to prevent Franc appreciation and a potential deflationary spiral. Surely this was not sustainable, but what may have accelerated this process was the behaviour of domestic investors themselves, who, in trying to mitigate against possible future risks to the then existing currency arrangements compounded the problem for the SNB. In this real life version of the famous prisoners dilemma, the lack of coordination between domestic actors (SNB and domestic asset pools) may have resulted in a worse outcome for both players. Alas, going forward, it may well be that the Swiss continue to be masters of their own fate as healthy recycling of outflows and Franc internal selling pressure will still hold the key to a stable Franc.