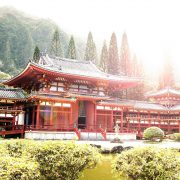 At the February 2016 G20 meeting, finance ministers signed a communiqué pledging to cooperate on monetary and fiscal policy, so as to limit the extent of competitive currency devaluation. This is widely seen as, at least, bringing about a truce in “currency war”, and trying the hands of BoJ governor Kuroda, preventing the introduction of any new measures to weaken the currency. From now on, “Abenomics” will have to rely on “legitimate” methods of reflating the economy, and Japan’s brief experiment with beggar-thy-neighbour policies has come to an end.

Prima facie, the data seem to support this interpretation. In December 2012, Shinzo Abe became Prime Minister.[1] He supported the purchasing of US government securities and a huge expansion of the BoJ balance sheet which led to a deprecation of the yen against the dollar of 25%. Since then, the BoJ has lost ground, with USDJPY gravitating back towards Purchasing Power Parity (PPP). After the dust settled, “by luck rather than design”, JPY ended up at PPP and a currency deal can be made which brings an end to the conflict on fair terms.[2]

But the idea of a currency accord should send shivers down Japanese spines. The last currency war between the US and Japan was brought to an end by the Plaza Accord (1985), which negotiated an appreciation from about USDJPY 250 to 150. What followed were decades of economic slump in Japan, driven in no small part by a chronically overvalued yen.

So how fair is it to call at truce at current levels? This turns on the question of what is “fair value” for USDJPY. The reading of PPP figures (106.43 as of December 2015) supports the argument above that the current exchange rate is reasonably fair. A currency truce allows the Japanese to walk away with their heads held high.

However, there is a large library of literature warning against the naivity of valuing currencies using PPP. Most prominently, the Balassa-Samuelson effect points out that Purchasing Power Parity must be adjusted for productivity differentials, as productivity increases feed into non-tradable sectors of the economy and must therefore drive up real wages.[3]

We estimate the Balassa-adjusted PPP value for Japan through time using GDP per capita as a measure of productivity (figure 1). Two things are striking: first, Balassa-adjusted PPP performs much better at predicting the exchange rate over time, buttressing its claim to being a better estimate of fair value. Second, however, even with productivity differential adjustments, the yen was overvalued against the dollar from the mid-1990s to 2013.

Third, the most recent Balassa-adjusted exchange rate of 119.9 implies that the yen is still significantly overvalued versus the dollar (overvaluation of 12.42%).

Seen from this perspective, the currency war has ended not with a truce but a full-scale Japanese capitulation! Its economy is mired in below-target inflation and falling breakeven inflation, and consequently rising real interest rates.

Another way of reading this is that the currency contributes to an unsustainable economic contradiction in Japan. As stagnation takes hold, and the younger generation begins to demand inflation, this contradiction may be exposed. The currency wars may not be over yet…

[3] For summary of the empirical literature on the Balsssa-Samuelson effect, see J. Tica; I Družić (2006) “The Harrod-Balassa-Samuelson Effect: A Survey of Empirical Evidence” Faculty of Economics and Business Working Paper Series Paper no. 06-07