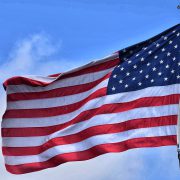 International borrowing and the US dollar

The economic factors which help to explain the US dollar’s behaviour are numerous, and often vary depending on the underlying macro and political environment at hand. Historically we observe that the US dollar typically moves in 7-10 year cycles around its fair value, where relative economic performance and associated monetary and fiscal policy momentum has been the primary catalyst for such trends. Shorter term gyrations within cycles, on the other hand, are often the result of idiosyncratic political risks or episodic “risk-on” or “risk-off” behaviour within global markets. Creating these dynamics is the interplay between an outsized US debt market, and the perception of the US dollar as a “safe haven” asset, which drives demand for the currency.

A somewhat related issue, receiving attention in the financial media recently, is the ever rising level of US borrowing vis-à-vis the rest of the world – as measured by the Net International Investment Position (NIIP) – and the possibility that this, in and of itself, could signal a sustained bout of US dollar weakness. As of September 2017 the US had claims on foreign debt, equity and other assets amounting to 140% of GDP, compared to 181% (of US GDP) invested by the rest of the world in US markets. This leads to a US net international borrowing position of 41% of GDP, or $7.8 trillion.

Indeed, following an increase in external borrowing, currency depreciation can function as an effective method of adjustment; a cheaper currency can simultaneously boost exports and limit imports, reducing a country’s reliance on external funding. Not only that, if a country borrows in domestic currency and has assets in foreign currency, a currency depreciation can make the net stock of external debt appear more manageable overnight via an FX revaluation effect – as was the case following sterling’s depreciation after the Brexit vote. Chart 1 overleaf demonstrates since 2007 the overall impact of market values on the US investment position. The FX market risk is, of course, borne by the international lender, and like most markets, investors will expect a higher yield should this become a regular occurrence. For these reasons, a country’s investment position contains valuable information regarding the vulnerability and required returns of a currency.

However, there are reasons to be cautious about this line of thinking, especially with respect to the US dollar. As described earlier, the NIIP is affected by FX revaluations (along with local asset price revaluations), and the recent deterioration of the investment position has been driven in part by an appreciation of the US dollar (Chart 2). A worsening US NIIP is then a symptom of a stronger US dollar, making it difficult to assign ensuing currency weakness to the NIIP alone. Additionally, the need for depreciation would imply the US is borrowing in excess of its ability to attract funding. In fact, annual borrowings from the rest of the world – measured by the current account deficit – peaked in the run up to the global financial crisis at 6% of GDP, as abundant global savings were used to purchase US assets (mainly via a glut of Asian savings and oil exporters’ petrodollars). The dollar has since risen, which may suggest the US was not, and is not, overextended, but is merely facilitating global excess saving.

With a less than concrete link between the US NIIP and currency weakness, we recommend assessing the US dollar’s prospects by also considering macro factors which capture reliable sources of return inherent in the currency market. This would involve incorporating factors such as valuations, relative interest rates, and momentum into any currency analysis.