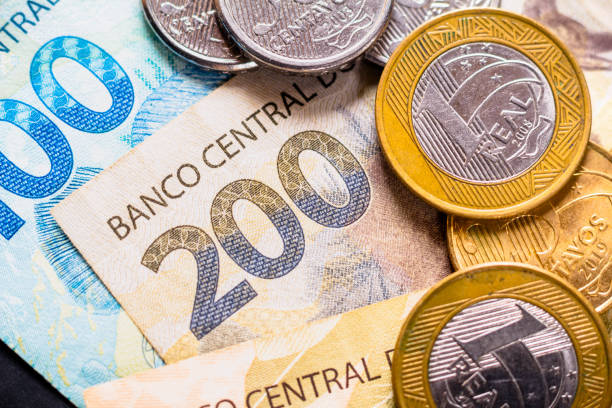 London and Europe felt the heat this week with temperatures rising as high as 40C – the hottest ever recorded in UK. The decades-long trend of climate change and some other short-term drivers like the ‘Azores High’ subtropical pressure system creeping farther north this year have combined to create UK’s heatwave this week. Financial markets, and in particular EM FX, are dealing with their own heatwave in the meantime and offer no cooling respite for investors.

Similar to the weather, the market heatwave is also driven by a combination of factors including the Russia-Ukraine war, resurrection of commodity price volatility, policy tightening in the face of rising inflation, and waning effects of the post-COVID reopening sugar rush. In this post, I’ll aim to summarize the implications for EM currencies so far this year, why May month-end was an inflection point worth elaborating on, and where vulnerabilities lie if markets become extremely wary of a recessionary outlook in the next 3-6 months.

In fact, only three currencies managed positive year-to-date spot performance versus the US dollar (Figure 1), however strength in the Russian rouble is somewhat artificial given capital controls in place, and is driven by Russia’s ballooning current account surplus. The Brazilian real and Peruvian sol on the other hand saw tailwinds from terms of trade improvements, insulation from Russia-Ukraine crisis and support from front-loaded tightening cycles.

All other Emerging market currencies saw depreciative pressures since the turn of the year. In another case of déjà vu, the Turkish lira (TRY) tops the list, depreciating in line with heterodox policy-driven inflationary dynamics. The Central Eastern European currencies (Hungarian forint, Polish zloty, Czech koruna) were all pressured by the Russia-Ukraine war, though Hungary and Poland were disproportionately affected due to regional proximity and reliance on Russian gas and oil. Large oil-importers including many Asian economies such as India saw import bills balloon, while commodity exporters in Latin America benefitted from the rising tide of commodity prices and divergence of fortunes between the US and European economic hinterlands. 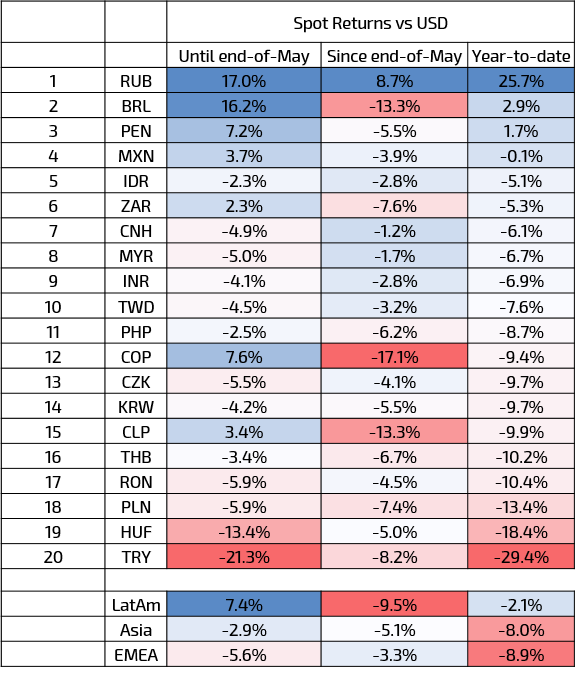 The end of 2022Q2 marked an inflection point in a number of key indicators. US treasury yields ended their upward trend and started trading in a range between 3.0 and 3.5 percent in response to a consolidation in long-run inflation expectations and growth concerns. Relatedly, economic surprise indices began to publish negative prints, hinting of a recessionary/sub-trend growth period ahead, while most commodity prices (excluding European natural gas) quietly turned a corner for the first time since Russia invaded Ukraine (Figure 2).

As one might expect, commodity-linked currencies have lost much of the goodwill earnt during the initial COVID-19 reopening phase, and since the end of May have caught down to levels more consistent with the broader emerging markets. Pressures were most pronounced in the Chilean and Colombian peso initially while the FX intervention program introduced by the Chilean central bank has achieved some damage control (Figure 1). 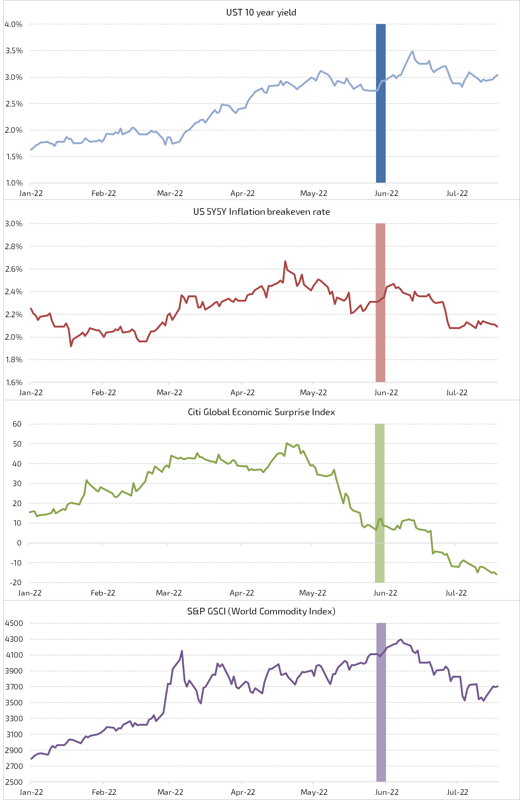 We’ve spoken about how commodity correlations have driven the relative performance so far in 2022 above. That theme might be here to stay. High-yielding and commodity-exporting currencies (BRL, COP, MXN, ZAR) rank highly in the vulnerability metrics owing to relatively muted spot pressures year-to-date and no significant undervaluation based on historical real effective exchange rates.

The commodity angle also explains why the Indonesian rupiah and Indian rupee went their separate ways this year with Indonesia benefitting from rising palm oil export revenues and generating a surplus current account position for the first time in a decade. With less acute financing needs, this helped dull the headache normally associated with rising US Treasury rates and meant rupiah remained relatively strong this year. Should commodity prices decline further, the tide could turn with India set to benefit this time around through a lower oil import bill.

Central bank mantras towards currency are also vital. Take the Central bank of Chile (BCCh), who announced an FX intervention program of up to $25bn through to end of September, in response to acute currency depreciation over the last two months. In contrast, the Colombian central bank chief when commenting on a currency decline of equal magnitude saw the move as not outsized and suggested FX measures to be futile. Under a stress scenario, comparative reaction functions could make all the difference in left tail distribution sizes.

Singling out the safe havens

Certain East Asian currencies could offer a relative safe haven for investors whom expect the global economic outlook to become more challenging. The likes of the Taiwanese dollar, Korean won and the Chinese renminbi have offered more stability in previous crises thanks in large part to current account surpluses mitigating capital outflows and providing a source of hard currency, positive net international investment positions which can be repatriated, and central banks with explicit or implicit currency stability mandates. If there are any exceptions to this rule, it could be China in view of its rolling draconian lockdowns.