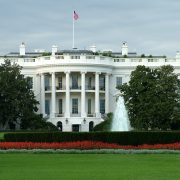 FX Markets in the Trump Era

Since the US presidential election on November 9th, markets have welcomed the more conciliatory tone from the President-elect Donald Trump. Contrary to expectations, developed market equities have outperformed, while bond markets have sold off on the back of infrastructure-inspired growth expectations and a step up in nominal and real yields. The US dollar has been the beneficiary; since the election, the US dollar has gained against almost all developed market currencies (although, as British Prime Minister Theresa May sought to soothe businesses’ Brexit concerns, the dollar fell marginally against the pound sterling). The Japanese yen has been the worst hit as the Bank of Japan’s recent commitment to zero percent yields has amplified the impact of a US yield curve steepening.

Emerging market (EM) currencies have received no exemption from the dollar’s rally, though declines are not dissimilar to those witnessed in developed markets. Unsurprisingly, losses have been most pronounced in the Mexican peso, while other currencies also expected to suffer from protectionist policies, such as the Taiwanese dollar and Indonesian rupiah, have not fared as badly. The relatively muted reaction in other emerging market currencies is likely the result of healthy national balance sheets and co-ordinated central bank action; according to several measures, reserve adequacy had risen following the rout in 2014/15, and these reserves were utilized effectively to promote stability while the market adjusted to a new equilibrium.

The election of Donald Trump has had a profound impact on markets and may mark the beginning of a new economic era; one which emphasises fiscal policy, protectionism, and entrepreneurialism. The consequent evolution of correlations, volatility, and interest-rate differentials in the currency markets will affect the trade-offs involved with any hedging program.

We note that the US dollar has begun behaving in a more risk-on fashion of late (foreign currency and equities have moved inversely) while volatility is elevated and interest rates have repriced upwards quite significantly. The evolution of currency/equity correlations is the most uncertain factor. On one hand, the expected change of the US dollar from a low-yielding to high-yielding currency and the resultant reallocation of global risk capital could encourage pro-cyclical behaviour in USD. Additionally, economic theory[1] would suggest that a shift in policy focus away from monetary tools towards fiscal policy would increase medium-term correlation between risky assets and the US dollar. On the other hand, however, we expect US Treasuries and other USD assets to maintain their safe-haven status among investors, contributing to counter-cyclical behaviour in USD.

How do these factors affect the decision to hedge? We find that in aggregate a US dollar-based investor hedging Eurozone equities will benefit from the changing environment outlined above. Changing correlations could mean that currency hedging becomes less able to reduce portfolio volatility, but higher US interest rates would increase the excess return added by a hedging program, such that an investor’s risk-adjusted return is still boosted by currency hedging.

Using Eurozone equities as an example, in the charts below we evaluate for an optimal hedge ratio, both from the perspective of volatility and risk-adjusted return. The increase in future currency volatility implied by the option market suggests the need to hedge more, especially if the current correlation levels[2] (between Eurozone equities and EURUSD) persist at around -0.2 (left panel, light green line). However, this correlation has been on a strong downward trend since late-2014, which likely reflects changing attitudes to risk as interest rates in the US normalize. If falling equity/currency correlations intensify, portfolio volatility would be reduced by hedging less than 100%, then from a volatility perspective the optimal point at which to hedge will be lower (left panel, dark green line). However, the changing interest rate environment (sustained low rates in the Eurozone and Japan and elsewhere, with expected increases in the US) also has an effect on risk-adjusted return.

The election of Trump and the higher potential of both anticipated extreme events (e.g. Brexit, other European elections) and unknown extreme events (e.g., the Swiss floor) will present interesting opportunities within currency. Positioning a currency portfolio towards various FX risk premia enables an investor to undertake specific and well understood risks, and to exploit inefficiencies within the market. Many of these risk premia extend across asset classes, including carry, momentum, value, and structural opportunities in emerging markets.

The most important takeaway from the election is that the political shake-up underway implies more extreme policy moves and a greater degree of cross-country economic dispersion. We believe this helps to expand the opportunity set within currency in a number of ways. As real interest rate distributions become wider, carry returns will tend to increase; moreover, the trends in real interest rates are a major explanatory factor in medium-term currency moves which momentum strategies can exploit. This, in turn, can lead to dislocations from fair value, which provide favourable conditions for value strategies.

In emerging market currencies, further rises in US interest rates following Trump’s election could come as a headwind to short-term performance if investors redeploy capital based on relative yield opportunities, and if EM corporates begin to re-examine hard currency borrowing decisions. That said, the medium to long-run drivers of EM currency returns – productivity growth and real interest rate differentials – are expected to remain positive relative to the US and other core developed market currencies. Short-term drawdowns therefore present more favourable entry points for investment in emerging markets, while investing against a diversified basket of short developed market currencies can insulate against country-specific shocks and enhance return.

[2] Correlation is measured on a 36-month basis between hedged Eurozone equity returns and long euro short US dollar currency returns.

[3] Calculated analytically based on the given assumptions and the formula for variance of a portfolio consisting of two components (A=FX; B= asset; W = 100%)

This material has been published for professional investors & consultants. All data, unless otherwise stated in the footnote of the relevant page is as at 20 December 2016 and may have changed since. Issued in the UK by Record Currency Management Limited. This material is provided for informational purposes only and is not intended to reflect a current or past recommendation, investment advice of any kind, or a solicitation of an offer to buy or sell any securities, Record Currency Management Ltd products or investment services. There is no guarantee that any of the strategies and techniques will lead to superior investment performance. All beliefs based on statistical observation must be viewed in the context that past performance is no guide to the future. There is no guarantee that the manager will be able to meet return objectives and tracking error targets. Changes in rates of exchange between currencies will cause the value of investments to decrease or increase. Before making a decision to invest, you should satisfy yourself that the product is suitable for you by your own assessment or by seeking professional advice. Your individual facts and circumstances have not been taken into consideration in the production of this document.

Hedging foreign exchange risk is typically undertaken at periodic rebalance points so that exposures and hedges are rebalanced to reflect the new information. Interim drift between hedged positions will take place because of market movements or because of tactical asset allocation changes in the currency composition of the underlying assets. In addition, hedges are generally rebalanced around certain tolerance levels. These factors will create divergence between the hedge returns and the currency impact on the underlying assets. In addition dealing costs must be taken into account. Further divergence can be caused by proxy hedges where the proxy currency and the underlying currency move relative to one another. Finally, it is generally the case that not all currencies in the portfolio will be hedged or proxied. This is typically the case where there the cost of hedging or the lack of a proxy currency becomes a factor. The nature of hedging means that there will be intermittent cash flows which can be large monetary amounts positive and negative. Actual account set up will depend on each client’s unique requirements to manage cash flows.

The Multi-Strategy product involves passive allocation to strategies during which positions are bought and held. Exposure is maintained to the selections between the periodic rebalancing dates and is not altered due to market factors. The Multi-Strategy product is made up of an allocation to a number of the underlying strategies which may also be invested on a standalone basis.