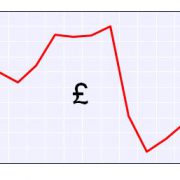 Brexit: How Bad Could it Get?

As we argued in April, the Brexit vote has plunged the UK into economic uncertainty. Questions abound about the relationship the UK will have with the EU after exit, and even about the government’s negotiating position. The government has not yet made its position clear, with Government spokespeople issuing contradictory statements about future membership of the single market and the customs union.

A vital issue for the UK is that of passporting: members of the single market (also the European Economic Area, or EEA) continue to be regulated by their domestic regulator whilst they provide cross-border services or establish branches in other EEA economies. This has historically been a significant driver of reduced transactions costs for inter-EU trade in financial, legal and consulting services. The EU’s MIFID II (Markets in Financial Instruments Directive) provides for third countries (non-members of the EEA) to retain limited passporting rights provided those countries retain regulatory “equivalence” with the EU. The government’s silence on this suggests that continued access to the EEA is far from assured, and the stakes are huge. The UK’s financial sector is hugely productive, providing £67bn in tax revenue and £19bn in exports just to the EEA.

So how bad could it be? One way to shed some light on this question is to look at how the fair value of sterling would shift if the UK was without the productivity boost of the financial sector. We know that the productivity of the South East has supported the UK economy. So what would happen if this was all lost?

The answer is given in Figure 1. In the event that the UK’s financial sector flees, with attendant productivity declines, the UK would fall from roughly the same level of GDP per capita as Germany to that of the EU average. The relationship between productivity and real exchange rates (the Balassa-Samuelson effect) suggests this would mean a depreciation equivalent to sterling falling to 1.142 against the dollar.

Naturally, whether this will be manifested is still highly uncertain. We still do not know how far the government prioritises access to the single market, or how effective they would be in negotiating access. It is not even known how far the loss of passporting would actually affect UK firms.

However, even the depreciation implied by the loss of the entire City of London is not a significant decline beyond the depreciation since June (see Figure 2). This has fascinating implications. Is the market already pricing in a highly destructive Brexit? Is political uncertainty weighing on sterling more than the fundamentals justify? And could it be that the worst is behind us?