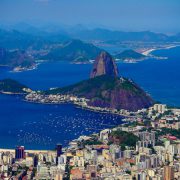 A framework for differentiating among Emerging Market currencies

Where currencies in growth economies able to deliver a structural appreciation for those who own them while at the same time as posing a currency risk, a key question is how to best to go about deciding whether to hedge that currency risk, if at all? Emerging Market currencies, through their cyclicality as well as long term trends, have always posed this perennial dilemma for investors.

The below table outlines a framework for considering hedging decisions in high growth / convergence economies where there is likely to be a punitive combination of a long term expected return from holding unhedged currency positions and relatively high currency hedging costs. Because of this, any hedging decision must be evaluated from multiple angles.

We begin by laying out and categorising the key criteria that we believe should be considered in any such currency hedging decision. These are:

Depending on which of these factors has a greater relevance for the investor, different rankings will emerge.

In the below table we take a transparent approach by combining these four decision criteria in an equally weighted fashion to arrive at an overall hedging attractiveness rank as of December 2016.

The overall framework does suggest that, for example, under these metrics, it is less punitive to hedge Korean Won exposures than Peruvian Nuevo Sol exposures, from the perspective of a US investor. There is no single, or indeed final answer to this question, but the practice of differentiating among EM currencies is one that is gaining more credence as these markets mature and become more differentiated themselves.

Undervaluation versus USD uses Record the Fair Value Model, which is based on econometric regressions using long term datasets.

The momentum signal uses three moving average pairs (10d-240d, 20d-120d, 10d-60d). Where all three moving averages agree on the direction of momentum, the currency is assigned to “weakening” or “strengthening”. Otherwise, it is considered to have “no momentum”.

Annualised cost of hedging comprises the nominal interest rate differential, and indicative the bid/offer spreads (August 2016). This is except for MYR, which uses the Dec-2014 estimate, increased by the average percentage increase in spread across other EM pairs over the period.

All signals except momentum are normalised as follows: we transform each signal by adding the absolute of the smallest value in the universe to each. This ensures that all signal values are weakly positive. They are then normalised by dividing by largest value in the universe. For momentum, the normalisation is by assigning the value 0 to a moving average which suggests the EM currency is weakening against the dollar and 1 otherwise. This is then summed across the three moving averages and divided by three for each EM currency. The overall score for a currency is then this result divided by 2.

The overall rank is the rank of the currency by the average across these signals.