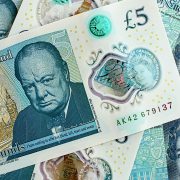 In times of stress (political or otherwise) countries with persistent current account deficits (CAD) may begin to experience capital outflows or speculative attacks on the currency. One of the key issues for sterling, therefore, is how the CAD is going to be funded going forward. Recent moves in the GBP trade-weighted spot index (TWI) suggest the market has already begun to ask itself this question, i.e. the exchange rate at which it is prepared to fund the UK CAD. This is a worry because at -6.9% of GDP (2016Q1), the CAD is at a historically high level.

Why is this at such an extreme level ? The (negative) trade balance hasn’t changed much for several years but the primary income balance has worsened significantly (see the chart below, courtesy of the Bank of England). This balance was positive during 2000-2013, but is now at running -2% of GDP. Why? This is primarily because the relative rate of return on foreign investments (assets for UK households, government and corporations) has been disappointing compared to returns on inward UK investments.

An interesting question to ask, therefore, is if, for structural reasons, net trade will not do much of the heavy lifting in terms of correcting the CAD, what quantum of GBP (TWI) depreciation is required to bring the primary income balance back to square, i.e. from -2% to 0% (a £36bn swing)? This is potentially important because the exchange rate adjustment would operate via a repricing of assets, rather than an improvement in the goods and services trade balance, and is, by definition, instantaneous once the exchange rate moves.

ONS data on the Balance of Payments and International Investment Position allow us to perform this scenario analysis. In the table below we aggregate the latest (2015) full year headline data. Several aspects immediately stand out:

While most commentators/politicians believe a depreciation is “good for exports” (that oft repeated mantra!), in recent times this is not the primary mechanism by which we have had a correction in the CAD in OECD economies. The trade balance has been stubbornly stuck at deficit levels in recent years in the UK despite the dramatic fall in sterling post the GFC as corporates now largely absorb the bulk of FX changes in their profit margins with final goods prices that consumers face being less volatile. This is yet another expression of the declining FX/inflation pass-through in recent years that has received the attention of some scholars (for example here).

Where does this leave us in terms of current account adjustment following a depreciation? Scenario analysis performed in the table below suggests that a 25% depreciation of GBP TWI this year would bring the primary income balance back to square.

Interestingly, but perhaps not coincidentally, the effective exchange rate as published by Bank of England has depreciated just over 20% year to date (at the time of writing) which suggests that at current levels in sterling we should be already close to square in the primary income balance. Does this exchange rate adjustment represent the new medium term equilibrium? If so, there may be little further GBP weakness from here.