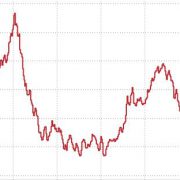 Where are we in the dollar cycle?

The US dollar is at an inflection point. On one hand the real exchange rate is yet to comfortably pass its long run average, implying further room for appreciation, while on the other the humdrum chorus of gloomy global economics and a false hopes for US rate normalisation could threaten to pour water on the fire. Indeed, Fed watching has become a favourite pastime for many, presumably in the hope of uncovering clues as to the dollar’s next step, however focusing on the Fed alone is unlikely to uncover the dollar’s secrets. Unfortunately, Fed normalisation cycles alone have never truly been enough to predict a sustained appreciation in the US dollar, and there is no discernible relationship between US rate normalisation, and the nominal or real exchange rate (figure 1). This is natural as currency is and always will be a relative concept.

Is there scope for real rate divergence?

In view of the theory that US dollar appreciation requires an ascension of US real interest rates relative to the rest of the world, the US dollar cycle may have hit a stumbling block. Declining natural real interest rates have been a global phenomenon (the BIS here and BoE  here have written extensively on this topic), with lower growth, a savings glut and rising inequality as cited culprits. For significant divergence in the long-end of the curve, these fundamentals in the US need to improve. This will be a challenge; even the Federal Reserve has been forced into submission by the secular stagnation thesis as the bank’s long-run projections of interest rates have continued to shift towards that of the market. A similar reality is also evident in the short end of the curve; forward guidance, global economic coordination and increased responsiveness to shocks by central banks are creating fewer economic surprises, fewer opportunities for divergence, and are suppressing interest rate and currency volatility (figure 3).

Can the world cope with a stronger dollar?

While the bar for a stronger dollar would seem high, we believe the US can cope with a stronger dollar, and economic impacts should not hold the cycle back. The US economy is relatively closed with trade making up only 30% of GDP, therefore a stronger dollar is unlikely to pose a large threat to growth via the trade route. Additionally, we should not be too concerned about the currency’s impact on inflation in the US; currency pass-through to inflation is  the lowest among G10 economies (figure 4), in part due to the limited degree of openness but also because the vast majority of US imports are denominated in dollars, limiting the impact on inflation to volume effects only (as foreign imports are diverted elsewhere).

We think that the rest of the world can too cope with and may indeed benefit from a stronger dollar. Firstly, most developed economies are not troubled by high inflation and would likely welcome a boost in price levels. In particular, the Bank of Japan and European Central Bank are plagued by currency strength and diminishing returns to ever expanding easing programs. In the Emerging Markets, a stronger dollar is not quite what it used to be; most sovereigns have reduced hard currency borrowing significantly, and while in some countries corporates may still be exposed to fx liability risk, EM central banks boast larger foreign currency reserves than in previous hiking cycles, and governors that are more adequately equipped skill-wise to deal with all the economic shocks that a stronger dollar would bring.