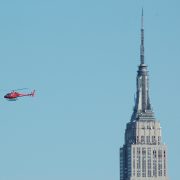 What Next If Negative Rates Fail

Negative interest rates can now be seen across the developed world, ranging from -0.1% in Japan to -0.75% in Switzerland. As more central banks dive into negative territory and with other such as the BoE not ruling the option out, it raises questions such as how low can negative rates go, and are negative rates effective in stimulating demand? In answer to the first question, theory goes that since cash holds an implicit carry of zero percent, the zero lower negative bound should be equal to the cost of insuring and storing the cash. In reality, the zero lower bound may be unlimited. If banks were to create additional charges for withdrawing cash exactly proportional to the negative interest rate on offer, the monetary benefit of withdrawal would be zero. To make things even more difficult for cash hoarders, in years to come there may be no cash to hoard; on the 15th February the ECB council voted to scrap 500 Euro notes, which represent around 30% of notes in circulation. In a cashless economy there is technically no lower bound.

It would appear that whether negative rates work is directly related to the ability of savers to withdraw their deposits. In a world where there are no barriers to deposit withdrawal, negative interest rates could reduce the pool of loanable funds in the banking system and push up nominal interest rates. Of course, central bankers understand this, which is why we can expect to see further attempts to move towards a cashless economy. Already, negative interest rates are having unintended consequences. For example, most banks affected are showing reluctance and or the inability to pass on negative rates to depositors, while flatter yield curves from central bank bond purchases erode earnings on longer duration assets, hitting the bottom line through net interest income. When QE and negative interest rates are supposed to spur credit creation and animal spirits, fragile banks profitability and rising risk premiums will not help the cause. The Bank of Japan in its most recent move argued that the channel by which negative interest rates work is through asset reallocation and inflation-friendly exchange rate depreciation. The logic is correct, but currency is ultimately a zero sum game, and with disinflation becoming a global epidemic, a beggar thy neighbor currency policy is destined to fail, unless others (the US) can successfully shoulder massive  currency appreciation.

If negative rates prove problematic, where will the next round of easing come from should we face another global downturn? One potential policy gaining traction in the financial world is ‘Helicopter Money’, a term coined by the economist Milton Friedman. Conventional QE as we know it, indirectly reduces government borrowing costs and is not permanent (newly created reserves eventually disappear as debt matures).  Helicopter money in a modern format would be permanent QE, directly financing government spending or tax cuts indefinitely by purchasing bonds specifically issued by the government, either in the primary market (unlikely) or through the secondary market (legally and politically more defensible). This process could provide the boost the world economy needs, but there are dangers that need to be considered before a central bank and government decide to take the plunge.

For helicopter money to work , firms and households need to believe that any extra income received is permanent and will not remain a liability to the treasury, to be funded by tax at a later date. This can only be achieved if the bonds are wiped from the central bank’s balance sheet altogether, forgoing future payment. This free money would be appear fantastic to politicians and budget setters, but the central bank would find itself insolvent. While insolvency is not technically an issue at a central bank, the new structure of the balance sheet means its interest paid on excess reserves would likely exceed interest received on its assets. In this case more reserves are required to cover any income shortfalls, the balance sheet would grow out of control, and the central bank inevitably loses control of inflation. The alternative is to keep interest rates low enough such that interest expense matches asset income and the bank continues business as usual. This however implies maintaining low interest rates for an extended period, and again would probably result in loss of control over inflation.

Looking at the bigger picture, we cannot escape the truth that we are in an new era of poor demographics and subdued productivity growth, where the need to de-lever private and public balance sheets hinders the ability to generate growth and inflation. The longer central banks wholly bear the burden, the more they will be pushed into a corner with few remaining options. For these reasons, helicopter money or other extreme options such as wide-scale debt write-downs may gain more support across the board, with the understanding that a reset or purge of some sort may be a painful but necessary course of action in the long run. In some sense it has already begun; when the Bank of Japan owns over 30% of government T-bills and bonds, with little hope of reversing course, can we call it helicopter money yet?