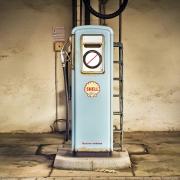 Venezuela: A Monetary Experiment Worth Watching

The concept of “pegging to export prices” has been around for some time, but to our knowledge, Venezuela will be the first country to de facto peg the exchange rate to the price of oil1. Proponents for a peg to export prices argue that a commodity peg offers the advantage of a forced competitive offset; if the US dollar price of exports falls, then an equal depreciation of the currency versus other major currencies provides accommodation and supports the local currency value of exports exactly when needed. This competitive offset might not occur naturally under a floating exchange rate if other factors are at play, and all too often occurs suddenly and painfully under a fixed exchange rate regime (take Kazakhstan in 2015 for example). Export price targeting is, in theory, a fix for this.

A peg to oil is unlikely to be a panacea for Venezuela, given that broader economic mismanagement and corruption are the primary causes of the country’s troubles, but it’s an interesting experiment nonetheless. The central bank has tried and failed historically to conventionally peg to the US dollar, and the difference between the black market value and official value of the bolivar is testament to the lack of faith of locals in the currency. Linking the currency to the price of oil could be a step in the right direction as it would provide some sort of nominal anchor for the currency and, one would hope, removes a degree of government intervention in its management. Unfortunately, the sovereign bolivar won’t quite achieve either.

Practically, there is scant understanding of ‘Petro’, the cryptocurrency to which the Bolivar is to be pegged. To start with, there is no explanation within the government’s white paper on how exactly a link will be maintained between the Petro and oil prices. In fact, there are no live Petro prices quoted on exchanges to substantiate this claim. The cryptocurrency itself is also “backed and issued by the Venezuelan State”, which seems to defeat the purpose of crypto applications to monetary policy, that is, eliminating state intervention. The change aims to create transparency in Venezuela’s monetary system but in reality it will do the exact opposite. A direct peg to oil prices or a basket of commodities could make more sense.

Practicalities aside, there are also theoretical considerations worth thinking about from an economist’s standpoint. Tying your currency to another necessarily implies that you should lose monetary sovereignty, in exchange for a stable exchange rate and open capital account. In this case, domestic and FX implied interest rates settle (plus or minus some basis) at those of the target currency. What if that currency is in fact a commodity? Covered interest rate parity under an oil peg would suggest that domestic interest rates need to move inversely to storage and insurance costs, and in the same direction as the convenience yield of oil. Venezuela’s yield curve could start to bear resemblance to the oil futures curve and a large decline in oil prices that coincides with a contango of the futures curve would therefore constitute monetary accommodation. Domestic interest rates would of course be volatile, but interbank rates already are.

Venezuela’s recent FX policy change, in spite of its short-sightedness and convoluted application, will be a fascinating monetary experiment to watch. It’s unlikely to be a panacea for the country’s economic woes, though it might offer an opportunity for economists and investors observe the effects of a new and unorthodox monetary arrangement.

1 Frankel and Saikai (2002) offer a framework with which to think about the impact of peg arrangements.