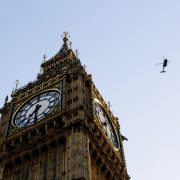 The UK General Election Result: What Does it Mean?

The UK general election concluded with the shock result of a hung parliament, with the Conservatives the largest party. High levels of youth turnout, enthused by Labour’s radical manifesto, a strong showing for Labour amongst remain voters, and a failure of the faltering UK Independence Party (UKIP) vote to break for the Conservatives meant that the landslide victory Prime Minister Theresa May had hoped for failed to materialise. Also important was a shift in political dynamics in Scotland, where the Scottish Nationalist Party (SNP) lost 21 seats, including their former leader’s and current House of Commons leader’s, and finished with barely half the vote share of the unionist parties.

In this blog post, we discuss the implications of this.

The results leave the Conservatives only just short of a majority. A Queen’s Speech bill could easily be passed with the support of the Democratic Unionist Party (DUP), a conservative unionist party in Northern Ireland. At present, it does not appear that a formal coalition will be sought; rather, the Conservatives will seek DUP support for key bills, such as budgets, and any Brexit-related legislation (a “confidence and supply” agreement).Theresa May has stated categorically that she will not resign, even though it is far from clear that a majority of the party support her continued leadership. The Conservative parliamentary party could remove her through a vote of no confidence.

The Labour party’s Jeremy Corbyn, for his part, has declared his intention to attempt to govern as a minority party. Theoretically, Labour can write a Queen’s Speech and ask other parties to support it in parliament. The parliamentary arithmetic is very difficult, however, which makes this scenario unlikely. If Labour does propose a Queen’s Speech, it is likely a political move, designed to put the Liberal Democrats and SNP in a difficult position, as much as anything else. It looks very difficult to Corbyn to implement the bulk of his manifesto, with his party so short of a majority.

Brexit negotiations are due to start on 19th June, ten days on from the result. The most immediate question is who will now be responsible for negotiating on behalf of the UK. For the moment, May remains Prime Minister (and hence responsible for representing the UK) and if the Conservative party attempt to remove her, it is not clear what timetable will apply to this, and it is very unlikely that a successor could be selected before 19th June. If May goes into the negotiations with questions marks over her position (which is likely) then EU negotiators are unlikely to take her position seriously, and little headway is likely to be made. As yet, there have been no conversations over whether the negotiations could be postponed to account for this in the event that May was facing a leadership challenge.

As for the substance of the deal, this election result shifts the balance of power in multiple, complex ways. On the one hand, if May is forced to rely on the DUP for support, then they are likely to demand a Brexit deal which avoids a “hard border” between Northern Ireland and the Republic of Ireland, which is very difficult to square with fully ending free movement of labour. Furthermore, the government may end up depending on some Labour party votes to pass the final Brexit “great repeal bill”, which would allow the party to extract significant concessions on access to the single market and membership of the customs union. On the other hand, if the intention of calling this election was to dilute the influence of hard-line pro-Brexit Conservative MPs, it has decisively failed. Whether a Conservative leader will be able to remain leader of the party without satisfying the demands of the right-wing of the party remains an open question.

One possibility is that the Conservative party will try to resolve the political instability Britain now faces with another general election, which they hope would deliver a majority government. Senior Conservatives have stated that they will not allow Theresa May to run another election campaign, which means that this would have to happen after a leadership election. It would be a highly risky move: it is unknown how the electorate would react to another election. It would also cause further delay to Brexit negotiations.

A final important implication of the election is that Scottish independence has become much less likely. The Scottish electorate significantly turned against the SNP, effectively wiping out any mandate their leader, Nicola Sturgeon, may have for a second referendum on the issue. The long term implications for British politics and the constitution are murkier, but this reduces a significant risk for the Brexit process, that the SNP will baulk at the direction of negotiations and credibly demand a second referendum on independence which could break up the United Kingdom. This crucial development which removes one source of political risk should not be underestimated.

Overall, this election result leaves the path of the UK much less certain. The type, content, and time scale of the Brexit negotiations has been thrown up in the air. Though a Conservative government is likely to continue, it cannot be taken for granted that May will remain its leader. And there could be more elections, more uncertainty, and more drama to come…