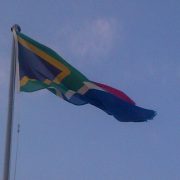 The Dilemmas of Pravin Gordhan

On 22nd February, South African finance minister Gordhan presented his annual budget to the National Congress. In a budget hailed as “pro-poor but not populist”, Gordhan attempted to get a grip on the public finances through a combination of additional “sin taxes”, taxes on fuel, and a rise in the top marginal rate of tax to 45%. This allowed for increases in social grants and targeted support for South Africans seeking to buy a home.

Gordhan’s preference for balancing the budget through taxes on the wealthy, and maintaining social transfers, is understandable. In the last year that the World Bank published data for South Africa (2011), the country had a Gini coefficient of 63.4, making it the most unequal economy in the world. There are also pragmatic reasons for wanting to avoid hitting poorer consumers, too: South Africa’s painfully high 27.1% unemployment rate, low and falling levels of consumer confidence and declining retail sales (-2.3% MoM for December) mean that the economy can ill-afford further hits to private consumption. An environment of rising global yields leaves the SARB little room for offsetting monetary easing.

In his speech, Gordhan was cognisant of the tension between key goals: attaining fiscal sustainability, reducing inequality, and achieving growth. These three are not necessarily in conflict (higher growth would be a boon to South Africa’s public finances) but the need to avoid squeezing consumers too hard has certainly placed constraints on fiscal tightening. So how much more is needed?

To assess this, we use the following identity.(1) Define real GDP growth g(y), the real interest rate on government debt r, the deficit as a percentage of GDP d, and the debt-GDP ratio b. Then:

Clearly, prior to the budget, the public finances were in a perilous situation. In Figure 1 the “pre-budget” projection assumes that the deficit remains at 3.01% of GDP (latest print), with growth at 1.51% (a five-year average) and the real interest rate at 2.22%. The real interest rate estimate is based on the assumption that the nominal cost of government borrowing is equal to the 10 year average of 10 year government bond yields, adjusted for a 6% rate of inflation (the upper end of the SARB’s range).

So how has the budget changed things? To answer this, we input the projections for the deficit and growth from Gordhan’s speech. These are assumed to then remain constant at the final value outside the forecast period. (This is labelled “post-budget” on the graph). We can see that there is a marginal improvement in the debt profile of South Africa, but that much more remains to be done.

Finally, we examine a scenario in which the government is successful in establishing a steady path. A crucial insight is that, referring to our identity, if the real interest rate is higher than the growth rate, then South Africa needs to run a surplus in order to prevent an explosion of the debt-GDP ratio over time. We simulate a scenario in which Gordhan’s growth assumptions hold but he is successful in fully closing the deficit. This does indeed lead to a much more stable path of the Debt-GDP ratio. Note that this is still increasing, however, because real rates outpace growth. South Africa in essence can barely sustain a deficit without dangerously explosive debt dynamics.

Eliminating the deficit is a tall order, however. Can South Africa achieve a full closing of the deficit without endangering growth (and hence potentially worsening its debt dynamics)? Naturally, this is an unknown risk, and one Gordhan has, perhaps understandably, declined to take in this budget. However, for now sustainable public finances have not been met. The finance minister’s position is not one to envy.

Source: SARB, South African Treasury, IMF WEO, Macrobond, Record. The dotted black line shows the historical evolution of the debt-GDP ratio from 2007. Projections are as described in the text.(1) This is derived as follows: define b=B/(yp) where B is nominal outstanding debt, y is real GDP and p is the price level. Then where D is the nominal deficit, i the nominal interest rate paid on government debt, and Pi inflation:

The first is an assumption about how the nominal debt stock evolves; the second is derived from differentiation. It follows that: