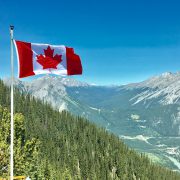 Terminating NAFTA: What Would the Impact on Canada Be?

The election of Donald Trump to the presidency of the United States was always likely to place the North American Free Trade Association (NAFTA) under some strain. Notwithstanding the near consensus amongst the economics profession about the benefits of free trade (at least amongst developed economies), or the evidence that the decline in manufacturing jobs began well before the advent of North American Free Trade, Trump repeatedly railed against the trade deal as a cause of the unemployment and poverty which afflicts much of the US, including many of his supporters.

At the heart of the US’ dispute with NAFTA is differing conceptions of the benefits of international trade. Trump and his supporters take an increasingly mercantilist approach to trade, viewing current account deficits as a failure (rather than the outcome of a set of mutually beneficial transactions) and (increasingly unsustainably in a world where the US’ global power is on the wane) desiring powerful national dominance over the terms on which they trade. This is at odds with the trend towards supranational institutions which encourage the multilateral removal of trade barriers, and the pooling of sovereignty in common dispute resolution mechanisms. This is reflected in the US’ demands in the NAFTA negotiations so far, which have included revisions to rules of origin, and to NAFTA’s dispute resolution mechanism. These are designed to block cheap imports, and regain US Department of Commerce control over tariff rates, respectively. It is not surprising, given this, that discussions have made little progress and US negotiators are said to be becoming increasingly frustrated.

This is the context in which Canadian civil servants are said to be increasingly concerned that Trump will announce the US’ withdrawal from NAFTA. This would not take immediate effect, since he would have to give six months’ notice, and in US law it is ambiguous whether it would require congressional approval to withdraw. However, if Mexico follows through with its threat to walk away from the negotiations in this case, the impact would as good as kill the trade deal over the long run.

So what would be the impact? This depends, on whether the US reverts to the pre-existing US-Canada Free Trade Agreement or rescinds this as well. In a worst case scenario, where the US simply reverts to Most-Favoured Nation (MFN) tariffs, Canada would be much more badly hit: approaching 70% of its trade is with the US and Mexico, with the bulk of this being with the US. However, the magnitude of the pure tariff effect would likely be limited: the US’ average tariff under this scenario would be around 3.5%, and Canada’s around 4.1%, unlikely to lead to significant reductions in the volume of trade between the economies. Furthermore, by sector, few of Canada’s most significant exports would attract a large MFN tariff. The main source of long-run uncertainty is the extent to which the US, free from the shackles of NAFTA’s chapter 19, would then use countervailing tariffs (supposedly aimed at neutralising subsidies) to hit back at Canadian exporters they perceive to be unfairly supported by the government. Two relevant considerations here are, firstly, that little use of chapter 19 has been made by Canada in the last ten years, and secondly, that Canada would still have recourse to the dispute mechanisms of the WTO (though these do not include the possibility for compensation in the case of a successful case). However, a recent string of ad hoc duties and restrictions levied by the US Department of Commerce do suggest the potential for a more combative trade policy.

The short-run impact would likely be more significant with the Canadian economy potentially taking a significant hit. Consumption would suffer the most, since the impact of MFN tariffs on Canadian consumers could be of the order of 2% of current consumption (contrary to popular belief, the first people to suffer when an economy introduces tariffs are its own consumers). Naturally, Canadian exporters would face reduced US demand from the tariffs, and consequently, business investment would be muted.

To assess the magnitude of the impact on the currency, we employ a Behavioural Equilibrium Exchange Rate (BEER) model which describes the relationship between exchange rates and fundamental variables. Specifically, we assume that the CADUSD exchange rate is determined by relative productivity differentials, real rate differentials, and terms of trade differentials.

In order to model the impact of a NAFTA-based shock on the Canadian economy as a whole, we use a combination of calibration and estimation of a set of equations describing the relationships between fundamental variables. Specifically, we estimate inflation using an expectations-augmented Phillips curve (where inflation is influenced by the rate of economic growth, and expectations about future inflation); we estimate consumption and investment functions which depend on the stance of monetary policy and expectations about future economic growth, and estimate the path of net exports based on terms of trade and the movement of the real exchange rate. The stance of monetary policy is assumed to follow a Taylor rule, based on inflation and growth. Implicitly, the models assume productivity growth (and therefore the growth of potential output) and government spending are unaffected over the period we analyse, and that the Bank of Canada will always set interest rates to bring inflation to target and output to its potential level over time.

In order to simulate the effect of termination of NAFTA, we assume shocks to consumption, investment and exports commensurate with the magnitude. In scenario 1, Trump announces the withdrawal from NAFTA by March 2018 and finally withdraws in December 2018, causing a hit to consumption equal to the new tariff burden which is imposed on consumers. Exports are hit by an amount determined by the trade volume elasticity to a change in price, again in December. In March 2018, anticipating uncertainty ahead, investment slows by 5%. In scenario 2, we test the impact of a more severe outcome, with investors making additional reductions to the tune of another 5%, and consumers additionally reducing their spending by 0.5% in December.

The results are in figure 1. In our “base case” i.e. how the model interprets the current state of the economy, growth moderates slightly from its current rate, and the Bank of Canada begins to hike rates over 2018 (this is largely priced in rates futures, so the effect on 10 year rates is limited). This causes inflation to settle around its 2% target. The result is a moderate strengthening of the Canadian dollar.

Compared to this, the two scenarios we consider see growth beginning to tail off from March 2018, and turning negative in December as the NAFTA shock hits. The impact is a tailing off of inflation as spare capacity in the economy expands. The Bank of Canada responds with a lower path for real rates. The result is that, by December 2018, Canada will experience between a 3 and 6% depreciation of the Canadian dollar against the US dollar. Note that the model predicts a rapid recovery of GDP as a result of the interest rate cut, and GDP growth will then overshoot as the Bank looks to recover lost output.

Some aspects of this model are highly stylised. For example, there are various constraints which might prevent the Bank of Canada from lowering rates as in our scenarios, and our simple rules-based policy is a simplification purely for the purposes of modelling. In particular, the Bank of Canada has no history of lowering the interest rate below zero, which would present a psychological barrier for policy makers. The paths of inflation and GDP are influenced by myriad factors not considered in this model. Perhaps the least predictable aspect of the model is the exchange rate impact. Though a BEER does a reasonable job of explaining currency movements most of the time, there are occasions of significant deviation historically. In particular, if FX markets are spooked by the NAFTA withdrawal, the currency could depreciate by more than implied by fundamental factors.

What this does show us, however, is the broad magnitude of the effects of a shock NAFTA termination on the Canadian economy. The short-run impact could be relatively pronounced, and certainly has the potential so slow growth, or even in an extreme scenario, produce negative growth. A depreciation of the Canadian dollar in the region of 3-6% can be expected, but market sentiment could easily make for a more volatile, extreme reaction.