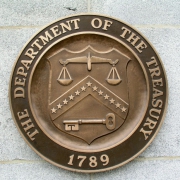 September 2019 was a volatile month for US money markets as a confluence of events caused sudden shortages of excess reserves in the financial system. The Federal Reserve stepped in to shore up liquidity, but not before secured overnight funding rates spiked to over five percent. In this blog post we describe how stress in the repo market unfolded and explain why this can manifest in FX mispricing. Despite potentially no direct involvement in the US money markets, international investors active in the FX market will have been affected by said events. To this end, we provide some insight into how such risks can be managed.

Prior to the financial crisis, the Federal Reserve would manage interbank interest rates by controlling the amount of reserves available to banks via open market operations (OMOs). Post-crisis, as the Federal Reserve’s balance sheet grew in response to QE, reserves became plentiful as banks replaced treasuries with cash held at the Fed (excess reserves). With ample reserves in the financial system, controlling policy via OMOs became less practical and effective. Instead, the Fed chose to set rates by creating a deposit facility for excess reserves called the Interest on Excess Reserves (IOER) and an overnight reverse repo facility. In a system of ample liquidity, these rates available to banks act as a floor to interest rates, and for the most part this worked well.

The Federal Reserve still operates on an ample reserves framework but has since been shrinking its balance sheet. As the Bank’s holdings of treasury securities fell, so too did the level of bank reserves, from around $2.4tn in 2014 to $1.5tn currently. In September, this notion of ample reserves was challenged as banks suddenly scrambled to get a hold of short-term cash. The cause of the scramble is thought to have been corporates withdrawing cash in order to pay tax bills, exactly when treasury dealers had to use their own reserves balances to participate in a US government bill auction. These are not the only explanations but they are thought to explain most of the reserve shortage.

The Federal Reserve eventually stepped in, providing short term reserve injections in the form of repo auctions, but not before secured funding markets (e.g., measured by secured overnight repo rates) spiked higher than 5% p.a. Naturally, this fed through to the Fed Funds Rate, the rate at which banks lend to each other and for which many financial commitments within the real economy are linked. Moreover, it also passed through to FX markets through a phenomenon called the FX basis, which plays an increasingly important role in the pricing of FX, and which we and many other market participants pay close attention to.

First things first – what is the FX basis?

The interest rate cost of hedging or speculating on FX exposures is no longer solely dependent on relative monetary policy rates between two countries. Following the global financial crisis, contrary to the no-arbitrage relationship of covered interest parity which has historically aligned the interest rates implied by the FX forward market with those in the money markets, these two rate curves have dislocated. This is largely a consequence of banking regulation, imbalances in demand for FX hedging, and money market reforms.

This dislocation – the difference between money market rates and FX derivative-implied rates – is termed the FX basis and typically imposes extra interest rate costs on hedgers (i.e. long their domestic currency) from low-yielding countries like Switzerland, Japan, and the Eurozone, while adding a benefit to hedgers from the US and other higher-yielding countries. European investors looking to swap the currency risk of a dollar asset back into their own currency will be disappointed to find that the implied domestic euro rate they receive is less than the prevailing risk-free rate. In effect, there is a structural shortage of US dollars in the FX swap market, so European investors must pay a premium to borrow US dollars, while US-based investors can borrow euros at a discount.

The size of the FX basis fluctuates through time and can be thought of as the price intersection between the demand and supply of a currency position. Pre-crisis, excess demand for currency derivative positions was generally met with almost unlimited supply as the banking system, less constrained by regulation, was able to grow its balance sheet indeterminately. Now, the supply of positions has become more ‘inelastic’, with shifts in demand leading to higher prices (the FX basis) which reflect the bank’s cost of expanding its balance sheet to supply a position. Without going into too much detail, we see sources of pressure from two sources:

Spillovers to the FX market

The onset of repo market stress fed directly into FX markets via an expansion of the FX basis. To understand why the basis would expand, consider a European investor faced with the choice of investing in negative yielding domestic bonds, or lending in the US dollar repo market (via a reverse repo), simultaneously hedging back to euros to eliminate currency risk. As long as the US repo rate minus the FX hedging cost is greater than the yield on domestic bonds, then European investors are incentivised to engage in US reverse repos, and sell the US dollar forward, exacerbating the shortage of US dollars already evident in the FX market. Logically, equilibrium would be found when the repo premium is eroded by the FX basis.

In addition to this, the FX basis, or any basis for that matter, is typically constrained by the actions of arbitrageurs who take opposing positions in different markets. An arbitrageur seeking to lend US dollars in the ‘expensive’ FX market, and borrow dollars in the ‘cheap’ repo market, would help to contain the FX basis. With a large premium on borrowing in the US repo market, this activity is no longer profitable, thereby side-lining a group of market participants who would normally help maintain an orderly FX market.

In the case of an investor hedging US dollar (euro) exposure back to euros (US dollars), US repo market stress would have led to a mark-to-market gain (loss) on open FX derivative positions. From the European investor’s perspective, having bought EURUSD forward, an expansion of EURUSD forward points attributable to basis stress means the equivalent forward could be closed out at a profit, all else equal. This immediate valuation impact would subside as the forward approaches maturity and forward points decline to zero, but it could mean underperformance (outperformance) if running shorter (longer) duration than a pre-determined benchmark.

What might investors be able to do about this?

Over the last few years it has been observed that market pricing of interest rate differentials embedded in the currency market can present opportunities to add value, or reduce the drag on portfolio performance from hedging, if the duration of trades can be varied. This can be achieved by employing active management of the duration (tenor) and timing of the hedging transaction to exploit any arising market opportunities (e.g. due to the FX basis around quarter and year ends or due to changes in the market environment such as those seen in September) in order to optimise the FX-implied interest rate differentials accrued.

In principle, if the Federal Reserve continued to shrink its balance sheet, and made no effort to predict the demand and supply of reserves (which is possible to a degree but no easy task), these events would become all the more frequent. The Fed is unlikely to stand by however, as repo stress also feeds though to the Federal Funds market, and would therefore influence the cost of borrowing in the real economy. The Federal Reserve will continue to inject liquidity into money markets via repo operations until early November, but has acknowledged the need to replenish reserves on a more permanent basis. To this end, the Federal Reserve has opted to purchase Treasury bills at a monthly rate of $60bn to ensure adequate reserves, rather than conduct forward-guided OMOs at particular funding pinch points.

Stress in the repo market is but one example of how happenings elsewhere can affect the fortunes of those hedging their overseas investments. The ‘intra-quarter basis’ will fluctuate on the balance of cross border asset flows and hedging pressure, speculative positioning, and the availability of arbitrageur capital. The ‘gate cost’ on the other hand will vary through time depending on investors’ perception of quarter-end herding behaviour, relative attractiveness of pricing, and the aversion towards events such as those seen in the repo market which leave investors exposed to large cash flows. This time around, the effect of repo market stress was fleeting, but it is easy to see how a more enduring period of stress in money markets could lead to lasting effects on FX market participants. Understanding the intricate relationships between money markets and FX markets can help to drive better investment outcomes for those hedging and speculating on currency risk.