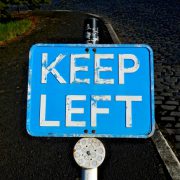 The Balassa Samuelson effect postulates that productivity varies more by country in the tradable goods sector than in the non-tradable sector. This is on account of the inter-country competitive effects in the tradable sector and higher labour intensity of goods / services provided by the non-tradable sector. For example, there is only a finite number of haircuts a hairdresser can provide regardless of whether he or she is in Zurich or in Dhaka. Additionally, haircuts in Zurich cannot be easily arbitraged with haircuts in Dhaka regardless of the price differential.

The fact that tradable sector productivity drives income differentials however also has the effect of driving differences in real exchange rates. This operates through the labour market channel whereby wages in the non-tradable sector of countries with productive tradable sectors tend to get bid up given some assumption of a unified intra-country labour market. The lack of arbitrage across countries’ non-tradable sectors means that these higher price levels may be sustained without the need for any equilibrating factors. In sum, more productive economies can sustain higher real exchange rates over the long term structurally and this is why Zurich may feel “expensive” and Dhaka may feel “cheap” to a tourist.

While the theory above is well known, studied and empirically tested in the academic literature, something looked at less often are the factors that drive this effect. Something that might be important and is investigated not as often is the labour share of GDP (wage compensation as a share of GDP). Let us take the example of two countries that have had relatively similar levels of GDP per capita (measured in USD terms) over time; Switzerland and Qatar. For broadly similar levels of per capita productivity, the chart below shows how Switzerland can be seen to be noticeably more “expensive” than Qatar. Here, we measure how expensive a country might be by its real exchange rate, which is the ratio of its PPP exchange rate (per USD) to its actual exchange rate. For countries that are more expensive than the US, that ratio is greater than 1 and the opposite is true for those countries whose ratio is below 1. Each dot represents one year of the Swiss and Qatari real exchange rates from 1980 to 2015.

As is evident, there is a large gap between the two countries’ price levels for similar levels of per capita income. One possible explanation of this might be the fact that a much smaller fraction of Qatari GDP goes to labour relative to Switzerland. According to the latest estimates from the Penn World Tables, around 18 % of Qatar’s GDP accrues as wage compensation to labour while the number for Switzerland is 70 %. These lower levels of “pass through” from GDP to labour might explain why non-tradable price levels in Qatar continue to remain well below those in Switzerland. This is because a majority of the oil rents accrue to a select number of capital owners / the royal family and there is thus a limited wage pull effect in the non-tradable sector. This effectively constrains any significant real exchange rate appreciation as well as the underlying price level. The chart below highlights these differences across some major economies :

What can be taken away from this analysis is that some attention should be paid to currency pairs where each of the legs have drastically different levels of labour shares of national income. For such currency pairs, the dynamics surrounding reversion to PPP price levels or the impact of productivity growth on real exchange rates may be more complicated than what textbook economics might say. In the case of Qatar and Switzerland, it is evident that there are numerous other factors driving their exchange rate valuations including Switzerland’s status as a safe haven currency, the impact of the Qatari Riyal peg and oil prices, and an almost endless supply of low-skilled / low cost South Asian labour that the Gulf countries have managed to attract over the last few decades. These considerations aside, we think that the labour share of GDP is one additional useful metric to think about when assessing the impact of productivity growth on exchange rate valuations via the Balassa-Samuelson effect.