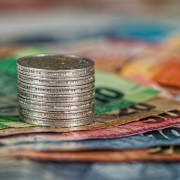 Since 2004, the largest financial institutions in each of the six main FX jurisdictions have been publishing FX turnover data on a semi-annual basis, providing information on the size and the structure of FX activity. Central banks also contribute to transparency in this area, providing information regarding the instrument of trade, whether it’s a spot transaction, an outright forward, a non-deliverable forward (NDF), an FX swap or whether it’s an over-the-counter or exchange-traded FX derivative. When combined, this information presents interesting and useful facts regarding FX trading activity. Central banks release this turnover data more frequently, alongside data from the Bank for International Settlements (BIS) triennial central bank survey, which is released every three years. In this blog post we take central banks’ FX turnover data as of October 2018 as the source, due to timeliness and only negligible structural differences in the volumes reported[1].

According to reports by central banks in the six main FX jurisdictions, daily FX volume is recorded as 4.6 trillion USD. This equated to an increase of 11% in the size of the FX market over previous year. This 440 bn USD increase came primarily from spot transactions and FX swaps[2] as these two instruments total around 77% of the FX volume (Figure 1). However, the percentage increases compared to the previous year presents a better insight into which instruments are gaining more popularity in the FX market. Non-deliverable forwards, which are cash-settled forward contracts, dwarfed other instruments in growth over the last year (Figure 2). NDFs are primarily used for investors to gain exposure to markets in which access to the onshore FX market is restricted. The rise in NDF volume has predominantly come from London trading (where 98% of the NDF trading takes place in London) and rises in line with overall EM currency volumes. Even though there is no specific breakdown into the currencies traded within NDFs, it would be fair to note that the rise in trading of the Indian rupee, the Chinese yuan, the Korean won and the Brazilian real seems to have coincided with this phenomenon. What’s more, this increase in NDF trading comes amid the introduction of margining rules[3] in different FX jurisdictions which brings additional requirements when entering into NDF contracts compared to deliverable FX forwards and swaps for counterparties with FX derivatives exposures over $8 bn. Currently, NDFs are subject to additional margin requirements compared to deliverable forwards in US, and this is expected to be the case in the EU as well, starting in 2020. These rules were initially expected to divert investors from the NDF market. However, demand for NDFs has been robust, and is perhaps encouraged by arbitrage opportunities between the onshore and offshore markets.

Another dimension of the data is the share of FX volumes by jurisdiction. The UK has historically been a FX trading hub. However the UK’s prolonged exit process from the EU has raised questions over whether it can continue to serve effectively as a financial centre. Figure 3 below shows the overall FX share of different jurisdictions since 2009. London’s share of total FX trading has stayed constant at around 55% since records began. In fact, it has slightly increased over the course of last two years. The trend in overall FX volumes and instruments suggest that Brexit uncertainty has not affected London’s role as an FX trading hub, at least up to October 2018. Anecdotally, this finding seems to be supported by strategic deals that the UK struck recently. For instance, London is a leading Chinese yuan offshore trading hub outside of Asia which was reinforced by a deal between the Bank of England and the People’s Bank of China.

A third angle in this data is by currency pairs traded. Here, we use data from the UK as it contains more than half of the transactions, and more importantly, as the BoE presents data for the largest number of currencies.  The first thing to note is that the US dollar still accounts for the lion’s share of FX turnover, and is on one side of a remarkable 89% of all currency transactions . It is followed by the Euro, yen and pound sterling, which are party to these FX transactions 36%, 20% and 20% of the time, respectively. G4 currencies’ shares of FX turnover have declined only marginally over the last 10 years, and Figure 4 shows that the relative importance of each currency remains similar to ten years ago. In addition, the US dollar has become more dominant over time. In Figure 5, the shares of the remaining G10 currency pairs are depicted. These six currencies see their individual shares remain between 2-7%.

The remaining 20% share (these shares should add up to 200% to accommodate for the double accounting in each transaction) belongs to non-G10 currencies, mostly EM. In the Figure 6 below, ‘EM’ is a summation of average daily volumes for the nine EM currencies that the BoE releases data for, namely the Brazilian real, Chinese yuan, Indian rupee, Korean won, Mexican peso, Polish zloty, Russian ruble, Turkish lira and South African rand. ‘Other currencies’ accounts for the volume in the Singapore dollar and the remaining currencies which are not listed.  As evident in the figure below, EM currencies saw their share steadily increase as these economies both increased their share of world economic output and saw a healthy up-tick in investment beyond their growth rates as they offer diversification benefits. This, in essence, has created additional demand for trading in EM currencies, for the purpose of facilitating international investment, diversification from G10s, hedging exposures, and speculating.

The FX Turnover data also presents some insights into how market stress periods may shake up the trading volumes of a single currency. For instance, the currency crisis in Turkey in August 2018 seems to have significantly affected the daily turnovers in the Turkish lira (Figure 7). The average daily volume in the TRYUSD currency pair dropped from 56 bn USD in April 2018 to 36 bn USD in October 2018, while the currency’s overall share of total FX transactions dropped from 2.4% in April 2018 to 1% in the aftermath of the crisis in October 2018. Stress in the spot and forward markets have since eased to a degree. However, a reduction in volumes of this amount inevitably reduces market depth and liquidity. This, in turn, can make the currency more vulnerable to any new shocks. In the case of the Turkish lira, whether the volumes pick up in line with the stabilising currency will be something to watch in the April 2019 data release.

One major difference between the semi-annual release by the central banks and the triennial release by the BIS is that the latter uses the sales desk in basis of reporting whereas the major central banks use trading desk in the basis of reporting. Sales desk reporting means that the basis of reporting should be the location of the “sales desk” of any trade, independent from its central location. Thus, transactions concluded by offices located abroad are not reported by the country of location of the head office but by that of the office abroad. Trading desk reporting, on the other hand, entails transactions to be reported in the location that the trade realizes. This method is followed by major central banks in their semi-annual data releases.

[2] FX swaps and currency swaps are sometimes used interchangeably however they are two different FX derivative instruments. FX swaps are generally used to mitigate currency fluctuations and have shorter tenor lengths. These contracts have two legs; the first leg which is the ‘near leg’ involves buying/selling of one currency against another at a spot rate while the second leg involves selling/buying of the same currencies at an agreed forward exchange rate i.e. reversing. These contracts often serve to rollover forward contracts upon expiration or to modify sizes of forward contract positions if the value of the hedged exposure is expected to increase or decrease. Currency swaps, on the other hand, are instruments frequently used in the medium to long term and entail an exchange of interim cash flows at some floating or fixed rates. In these releases, currency swaps are classified under the OTC derivatives.

[3] Regulators in different FX jurisdictions introduced additional margin requirements in 2017. There are two types of regulatory margin being introduced. The initial margin is the collateral that must be posted upfront whereas the variation margin is the collateral that is exchanged daily based on the profit and loss of the underlying instrument. In effect, these rules mean that variation margin is required under US rules for FX options, non-deliverable forwards and other cash-settled FX forwards/swaps. This, in turn, makes engaging in non-deliverable forward agreements more expensive compared to deliverable forwards or spot FX transactions. Under EU rules, the variation margin is applied to deliverable forwards and swaps as well alongside NDFs which were initially thought to place EU jurisdictions at a disadvantage with regards to FX derivatives trading. Under the same rules, initial margin is also expected to become a requirement starting from 2020. The initial margin requirement is expected to be applied to NDFs but not to forwards and swaps in EU which would mechanically put some pressure on NDF trading.