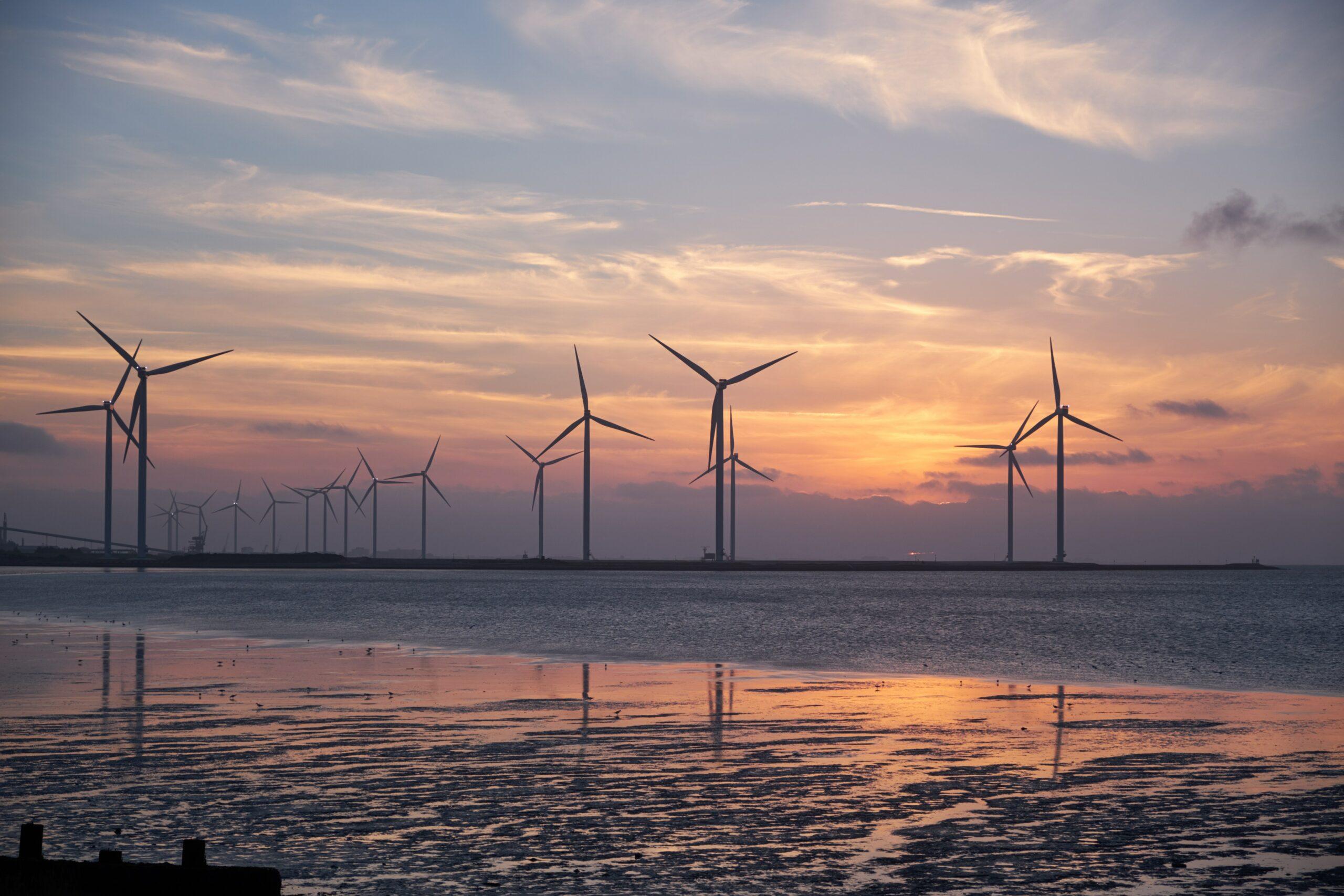 Emerging Market (EM) assets were certainly in vogue during the latter half of 2020. As the initial pandemic-driven volatility subsided through the summer, investors began to re-allocate to EM, driving a recovery in prices and valuations. Consequently, despite what felt like a tumultuous year, the MSCI Emerging Markets Index (USD) showed an 18.31% net return in 2020[1], while JP Morgan’s EMBI Diversified Index returned 5.25%[2].

Whilst we are not best placed to comment on the outlook for equity and debt markets, we would like to share some thoughts and ideas on how we would seek opportunity in EM currencies as we look ahead. Before we think about the future, however, it is worth quickly reviewing what happened in EMFX last year, as the resultant landscape will surely inform at least some of what comes next.

The market turmoil of March and April is well documented and, as with most every risk-asset, EM currencies experienced a material devaluation as investors deleveraged their portfolios (Figure 1). While almost all EM countries suffered during the sell-off, those most exposed to COVID-19, risk sentiment and foreign funding concerns endured greater currency depreciation e.g. Brazil, Mexico, Turkey and South Africa. Others enjoyed some protection from external surplus positions, higher levels of FX reserves and better coverage ratios, while swift action from the US Federal Reserve and multilateral lenders helped to mitigate any balance of payments/funding crisis.

Once the initial stress subsided and the global policy response wheels started to turn, risk assets began to recover, including EM currencies. Asia was first to see a reversal and, as such, finished the year as the strongest performing region led by CNY, KRW and TWD. Then, towards the end of the year, COP, BRL and ZAR took the impetus with European high-beta currencies following closely behind.

As things stand, then, EMFX has regained much of the ground lost in early 2020 (see Figure 2). So as part of the “reflation trade”, with the seemingly widely held view that US dollar weakness will be the story of the year, investors could be forgiven for expecting carte-blanche EM currency strength in 2021.

Will it be that simple? As ever, we think not.

Our belief is that the broad based rebound in EM currencies is behind us and that more heterogeneous performance expectations will now take over. Traditional factors, as well as some broader macro themes and idiosyncratic stories, should replace rotation as the primary driver of returns. There are, therefore, a number of important questions to answer around which countries will come out of the pandemic in the strongest position, as this will influence the fundamentals.

We must first define what “strength” means in the post pandemic world. EM government debt levels have risen significantly, as sovereigns responded to the crisis. According to the IMF, the debt-to-GDP ratio for Emerging Market and Middle-Income Economies was 62.2% at year-end 2020 versus 52.6% in 2019, a sharp acceleration of the trend that has seen this measure rise from 37.95% since 2010. Clearly, debt levels and coverage ratios will influence currency performance, but how the borrowed money was/is spent will also play a part.

The speed of each nation’s post-COVID recovery will also act as a driver of relative strength. This will be influenced, in the near term, by access to and distribution of the various vaccines. Although the access to vaccination might not be the kingmaker, it will surely signal outliers which run the risk of being left behind. And after the vaccination process – assuming a swift reversal to growth paths – factors such as carry, growth and value are likely to come to the fore. Which commodities, if any, a country produces and how those commodities fare in the recovery process will similarly influence FX performance.

There are also external threats to consider. Primary amongst them is rising interest rates in the developed world, especially the US. This might feel a long way off, but with the Democrats winning the election, greater fiscal stimulus is more likely and bond yields could increase as a result. If inflation were also to rise via pent-up demand, as some expect, then the Fed could react sooner than the market expects.

So with all of that considered, we are looking for opportunities among countries that show some or all of; manageable debt burdens, well-spent stimulus, strong COVID response, successful vaccination program, in-demand commodities/industry, lower vulnerability to Fed action, geo-political stability, attractive valuations, high yields and a solid growth outlook.

Should be easy, right?

Not the easiest task for sure, but we think a factor framework can help refine a structured EMFX outlook into the next period, now that the initial ‘COVID-19 recovery’ theme looks to be done.

In the first layer, an assessment of quantifiable factors such as valuations, carry and growth help present a birds-eye overview of where opportunities may rise in the EMFX universe. Macro and risk considerations can then be added on top to express an investment view in line with one’s regional preferences or the underlying investment exposure.

We use a combination of two distinct valuation models to create a composite valuation measure. The strength of such an approach lies in utilising two distinct models with separate econometric frameworks and data inputs. As such, for those currencies where both models point in the same direction, we would have a higher conviction in that signal.

On the back of this valuation metric, four currencies remain significantly undervalued. It is no surprise that the three currencies which currently trade the weakest as compared to their pre-COVID levels are included in that list. On the other end of the spectrum, certain Asian currencies now flag as overvalued versus the greenback.

The second factor to be deployed in such a framework would be ex-ante real interest rates offered by investments in any currency or short-term debt instrument. This is in line with our understanding that, in the long-term, currencies tend to follow cumulative inflation differentials (i.e. depreciate if inflation is higher) and therefore any rate accumulated higher than ex-ante inflation differentials adds to return expectations. In this regard, the usual high-yielder suspects make the top of the list. What’s noteworthy is that some Asian EM currencies with external surplus positions (which tend to be correlated with lower real rates in the long-term) appear to also come on top on this metric, largely driven by inflationary pressures in the region.

Finally, growth prospects can be utilised as a signal for currency performance due to two related macro phenomenon. First, economies that see higher productivity growth also see their currencies appreciate in real exchange rate terms due to the well-documented Balassa-Samuelson effect. In a similar vein, higher growth expectations also drive inflows into equity indices as expected real GDP growth feeds into the earnings outlook of the private sector. Hence, high-growth expectations can be a key driver of inflows and currency appreciation. A divergence in growth expectations should also be noted as certain EM economies are no longer expected to converge to their DM counterparts per IMF projections, likely warranting a closer inspection regarding investments into an ‘emerging market’ bloc.

Observing how currencies score on these factors is just the start. Next comes the process of combining the opportunities into a portfolio, taking into account aforementioned macro considerations, the FX policy of the central bank and idiosyncratic risks (for instance sanctions risk might help explain why certain EMEA currencies rank highly in the valuation metric).

The ultimate objective, of course, is to shift currency exposure towards those relatively under-owned (and undervalued), high-paying and high-growth pockets remaining within EMFX to assure higher chances of success in 2021 from this asset class.

Issued in the UK by Record Currency Management Limited. All opinions expressed are based on our views as of 19th of January, 2021 and may have changed since then. The views expressed do not represent financial or legal advice. We accept no liability should future events not match these views and strongly recommends you seek your own advice to take account of your specific circumstances. This material is provided for informational purposes only and is not intended to reflect a current or past recommendation, investment advice of any kind, or a solicitation of an offer to buy or sell any securities, or any of our products or investment services. Any reference to our products or services is purely incidental and acts as a reference point only for the purposes of this note. The views about the methodology, investment strategy and its benefits are those held by us.

All beliefs based on statistical observation must be viewed in the context that past performance is no guide to the future. Changes in rates of exchange between currencies will cause the value of investments to decrease or increase. Before making a decision to invest, you should satisfy yourself that the product is suitable for you by your own assessment or by seeking professional advice. Your individual facts and circumstances have not been taken into consideration in the production of this document.