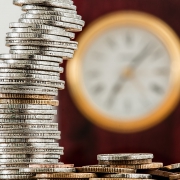 The increased nervousness among market participants over the past week is palpable. The prospect of an expanding trade war is back on the table, the US yield curve is perilously close to a much-feared inversion, invoking calls for Fed easing later this year, and the European Commission just released its pessimistic excessive deficit review of Italy, just as EU elections served to embolden the country’s anti-establishment government.

As we possibly approach what many see as the eve of a late-cycle downturn, investors are looking for diversification wherever it can be found. For the most part this has involved increasing allocations to alternative investments including private equity and other alternative assets. The hope is that the underlying risk factors are somewhat different to those in public equity markets. But are investors missing a trick? Currency exposure forms an integral component of total international asset returns, and can greatly help or hinder performance during recessions and economic crises.

Time and again, there are currencies that exhibit resilience during economic crises, and others that suffer in equal measure. These ‘safe-haven’ currencies typically belong to those countries with large foreign net asset positions, large and highly rated sovereign debt market capitalizations, low levels of relative yields, and undervalued currencies. The four factors are actually interrelated. Large foreign asset positions indicate a positive creditor position with the rest of the world, which reflective of lower credit and currency risk, normally commands lower real interest rates on domestic assets. The low levels of relative yields make these currencies attractive funding currencies for international investment, which can lead to steady downward pressure on safe-haven currencies during periods of economic expansion, but equally leads to the build-up of balance sheet currency mismatches.

Currency mismatches are unwound quickly and painfully during crises as creditor countries withdraw funding (or repatriate foreign assets), and as international debtors (and speculators who seek to profit from carry trades) scramble to acquire the currencies they previously borrowed. The Swiss franc and Japanese yen come to mind as having several episodes resembling these dynamics. The rule of thumb during crises, it would seem, is to maintain exposure to currencies with high quality international balance sheets.

Despite not having a net external asset position, the US dollar is the exception as a safe haven currency. On one hand there is mechanical demand as investors flock to the outsized US treasury market (as long as the flows are not FX hedged). On the other, the US dollar is still the world’s reserve currency, and despite running an external debt position with the rest of the world (notably versus China and Japan), the US dollar is a primary source of funding, especially in emerging economies. This serves to intensify dollar demand during tumultuous times. As growth-sensitive currencies decline, their US dollar denominated liabilities rise, creating a feedback loop fuelling the demand for US dollars.

Should these relationships hold true, it suggests that investors based in safe-haven countries would do well to hedge foreign currency exposures during crises. But anticipating the cause of crises is difficult, and chances are, the effects will be different this time around. The US dollar is overvalued by most metrics, supported by high yields which create room for future monetary easing, and is also subject to the ‘Trump factor’, which could undermine confidence in the US dollar. The origin of the next crisis will also matter. There are a number of known unknowns (trade wars, protectionism and populism, Brexit, Euro disintegration, US recession…) but unknown unknowns can’t be predicted.

Recession-minded investors should think carefully about the various asset and currency balance sheet imbalances at hand globally. These are on the rise (figure 1) and are instructive for the acute exchange rate movements required to correct external overhangs and restore competitiveness in the event of a crisis. Those who might want to position for these movements could do so a number of ways, including: adjusting hedge ratios dynamically using trend-following and or currency quality signals to position defensively; a risk-off currency overlay which could be cheapened through the use of fundamental signals; using currency risk premia as an uncorrelated source of return to fund traditional but expensive crisis risk offset strategies (e.g. equity put options); and even discretionary currency trades implemented according to the view of the investor, in line with expected sources of crises.

By virtue of their role as an equilibrating mechanism in the global economy, exchange rates will without doubt feature prominently in any coming financial crisis. Luckily, the opportunity set within currency is easily accessible and need not disrupt strategic asset allocations due to the capital-efficient nature of currency overlays.