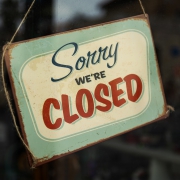 Could the Pandemic Cement an Era of Financial Repression?

Financial repression as a tool to manage debt loads

Financial repression is a term generally referring to the situation where private sectors savers are not adequately compensated for their savings, often loaned to an over-indebted public sector debtor. The mechanisms by which savers are underpaid can be directly observable e.g. through interest rate caps and capital controls, though more often than not are opaque in nature through macro prudential regulation or more recently via QE policies. Whether by accident or design, financial repression creates a captive audience where government debt is over-owned and under-paid as a means to deleverage (reduce debt relative to GDP).

When faced with high debt to GDP levels, governments traditionally have four options to reduce the burden:

Herein lies the dilemma for the self-preservationist policymaker. Growth is the more attractive option, but is often the most difficult under the circumstances as higher-debt economies tend to deliver lower rates of growth, on average [1].  Sovereign default is normally out of the question as prolonged loss of capital market access is very damaging, and austere fiscal policy is politically difficult to sell. Financial repression can therefore be a less painful method of adjustment. In reality, a combination of all four methods are used, to varying degrees.

A tried, tested, and effective strategy

By example, the most recent and memorable episode of acute financial repression was in the Bretton Woods period following World War 2. During this period the US was able to reduce public debt levels from a peak of 122% in 1946 to 66% in 1955. This rapid debt reduction was achieved through post-war budget consolidation and growth, but also through the suppression of market interest rates which after adjusting for high inflation created negative real (inflation-adjusted) interest rates. This allowed the US government to “stealth tax” citizens and move towards a more sustainable post-war level of debt. An even more aggressive debt consolidation was seen in the UK between 1945 and 1955, where debt fell from 216% to 138%.

Source: Record, US Department of Treasury, US Office of Management and Budget, US Bureau of Economic Analysis, IMF, BIS.

Are we there yet?

It might feel as though developed market economies are financially repressed again given negative yielding government debt, and the high price of ‘safety’ in financial markets. Being in the tail end of a secular stagnation certainly plays into this feeling. It is well documented that the long decline in real interest rates has to do with the intersection of saving and investment trends via demographics, rising inequality, and less investment. Yet, we shouldn’t ignore the role of steadily rising debt levels (private and public) over the same period, which serve to inhibit growth [2], reduce fiscal multipliers [3], and which undoubtedly have contributed to the creation of today’s fragile economic environment. In this environment low or negative real interest rates driven by an expanding unconventional (now conventional?) policy toolkit now seem necessary just to maintain some semblance of economic and markets stability.

Source: Record, US Department of Treasury, US Bureau of Economic Analysis.

The pandemic and self-prescribed shut-downs are creating the deepest economic hole in modern economic history. If long-term structural damage is to be minimised, budget deficits and public debt levels must rise substantially to tide over businesses and individuals. In the US, the CARES act alone is expected to cost 11% of GDP, which would bring public debt levels to the previous 1946 high of c. 120% of GDP. At a global level, the IMF estimates that the cumulative loss to global output will be around $9tn. Governments around the world are enacting fiscal packages often in the order of 3-10% of GDP, so global public debt is set to rise meaningfully from elevated levels. Ensuring this is at the least sustainable requires some stabilising mix of budget balances, growth, and real interest rates, as detailed earlier.

There are high hopes that growth will rebound following the pandemic and by extension help service the debt. Increasingly, this looks overly optimistic as supply chains become damaged and as various industries including hospitality and travel look to be permanently affected. Behavioural factors will also inhibit growth for some time to come as consumers are either too wary to venture out to the fullest, or as saving rates rise to make up lost income. Looking further down the line, public sector support for private sector companies will undoubtedly increase the prevalence of “zombie companies” that don’t default, survive off easy credit, but that are on the whole highly unproductive.

Down the garden path

The experience post-GFC tells us that austerity following a painful downturn is deeply unpopular and could even have been damaging to recovery efforts. To punish populations emerging from quarantine with the financial and psychological scars to show for it would seem untenable. That is to say, by process of elimination, central banks (perhaps not all) are becoming voluntary ‘captive buyers’ of the debt, enforcing unofficial (e.g. in the US and Euro Area) and official (e.g. in Japan) caps on interest rates. Some might argue that the increasingly blurred lines between fiscal and monetary policy mean policymakers are now embarking on modern monetary theory.

In previous pandemics the scarcity of labour in relation to productive capacity led to large and sustained multi-decade drops in the real rate of interest. This time around the labour shock should be different given advances in therapeutics and vaccines, but the initial impact and outsized government response will likely necessitate lower real interest rates for a sustained period of time, even if big business foots some of the bill. Regardless of mechanics behind a lower real rate, the result is favourable financing conditions for risk-free borrowers, at the expense of middle-income savers. Policymakers may have saved the world, but be under no illusion, someone will have to pay for it!

[1] Theory goes that high debt loads crowd out private investment and consumption. In addition, debt burdens associated with the explicit or implicit bail-outs (via easy credit) can prevent the necessary and harsh adjustments needed to reinvigorate an economy’s productivity.