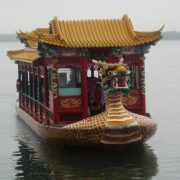 Markets in the new year have not only been greeted by a sell-off which reminds us that 2015 is not still quite over, but also by the twin fears of a continued US Fed policy normalisation coupled with the possibility of a harder than expected landing in China. What the oil price and equity price action may be telling us is that new sources of growth will be hard to find over the medium term. If that old, steadfast friend, namely, the US consumer is no longer the main global growth locomotive, who takes over the baton?

What this points to is the ever more important question : will that new global growth be coming from China 10 years from now as it rebalances its economy to a domestic demand led one, in which case we should come to see recent weak economic activity indicators in China as mainly cyclical, or does the data suggest that this is a deeper, more intractable issue? The latter is typically known as the middle-income trap, which is where so many EM countries have fallen short in the past. In essence, economically and institutionally, how do you transition from being a relatively low cost manufacturer to higher value added offering to the rest of the world, primarily around services? In particular, how does one transition from a “one-sided” (i.e. both current and capital account in the black) to a more balanced external account, with inevitable capital outflows and currency dislocations along the way?

The initial battle ground for this transition nearly always takes place in the currency markets and in January alone we have witnessed at various points a notable de-coupling of CNH and CNY spot rates, with the short-term CNH forwards (up to a week) reacting violently to alleged PBoC intervention to bring them back into line with onshore counterparts. The spread between the two (CNY and CNH spot) is, at the time of writing, within the historical norms, but at what cost to Chinese official reserves over the course of 2016 should this incipient volatility continue ?

Generally, I believe that what we are seeing is the start of generalised outflow pressure from China expressing itself via speculative shorts in CNH which the People’s Bank of China (PBoC) is not happy about. If this were merely a problem of the unwinding of historic the RMB carry trades, and the concomitant paying down of USD liabilities, it wouldn’t be a terribly big issue for the PBoC, merely a headache, as many before. But, what if this is a classical current account liberalisation issue, with persistent outflows to come over the coming years, if not decade? The data is not conclusive yet, but this is certainly to prove one the most important issues in 2016. Just as the build-up of Chinese FX reserves over the past 15 years led to a mutually beneficial cocktail of lower yields in the US as well as credit expansion in China, the reversal of this process no doubt leads to deflationary pressures across the world and credit contraction. This has implications for global asset prices, and also for global inflation, which may stay lower-for-longer as global real yields edge higher.