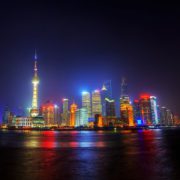 1. Should we worry about Chinese reserves?

Last week the People’s Bank of China (PBOC) released the latest foreign exchange reserve numbers for November which showed a sizable drop in reserves of $87bn to $3.44tn. With heightened uncertainty surrounding China’s macroeconomic outlook and stability, this number has received a lot of attention because many use it as a proxy for the PBoC’s activity in the foreign exchange market. Whilst this is broadly true, the numbers require some careful interpretation and adjustments to truly understand the size of PBoC interventions.

Firstly, an exchange rate adjustment is required; it is understood that around 30% of Chinese reserve assets are denominated in Euros, which when converted to dollars for reporting purposes can create large valuation changes. We estimate that since the beginning of the decline in reserves in Jun-14, around 50% of the total $555bn drawdown can be attributed to the decline of the euro, with around $45bn of November’s $87bn drop from the same source. Secondly, the PBoC has committed to other expenditures totaling roughly $195bn which require the use of reserves, including the establishment of the New Silk Road Fund, related re-capitalisation of the China Export-Import bank and the New Development Bank, and Asian Infrastructure Investment Bank capital base contributions.

We cannot be certain how much has been disbursed to date but if we assume around $100bn has been disbursed (which covers distributions related to Silk Road agreed in April, and bank capitalisations), this would account for almost 20% of the decline in reserves. Combining this with valuation effects, that brings us to a final residual reserve drawdown, attributable to PBoC interventions/capital outflow coverage of around -$165bn. While this number is still large, our intention here is to demonstrate that a large part of the headline number can be rationally explained by factors other than the PBoC throwing the kitchen sink at the currency.

2. How much capital flight has there been?

To figure out how much capital flight there has been, we do a little balance of payment accounting. Unfortunately the BoP data only runs to 3Q15 but we can work with what we have. Firstly, we adjust changes in reserves for the factors we talked about above in order to approximate changes reserves related to PBoC intervention, then we approximate capital flows from China by solving the balance of payments equation for capital outflows excluding foreign direct investment: Other Capital Outflows =  -(Current Account + Adjusted Reserves + FDI). By this measure we estimate that from 3Q2014 to Nov-15 we have seen cumulative capital outflows of around $560bn, or $33bn a month.

Not all of this is ‘capital flight’. Firstly Chinese corporates have been covering their dollar liabilities which originate from when the Renminbi was a “one way upward bet” and yields in China were far more attractive relative to the US. Investment position data suggest this could have accounted for about $270bn of outflows from 3Q14 though 2Q15, so make up about 50% of the total ‘outflows’ (or more if corporates increased USD exposure in 3Q). The remaining outflows of roughly $280bn are more representative of sentiment driven flows, part of which are FX deposit outflows, thought to be in the order of $100bn according to a research report by J.P. Morgan.

We think other less transparent and more informal channels make up the remaining $182bn gap (which is calculated as a residual balancing item).  Again, many of the deposit outflows are likely related to the prospect of higher US rates and a stronger dollar, while some will undoubtedly reflect worries of a hard landing or imposition of capital controls. In essence, these ballpark numbers serve to demonstrate that the magnitude of “panic” outflows appear smaller than what traditional gauges would suggest.

3. What is the PBoC game plan?

As well as slowing economic growth, China is in the midst of a dis-inflationary episode and must of course attempt to correct this. Unfortunately for the PBoC, it cannot drop interest rates in the same fashion as the ECB or the SNB. In order to do so, the PBoC must manoeuvre away from its current position within the “impossibly trinity” – the observation that a central bank can only achieve two out of three of the following policy options: independent monetary policy, a fixed currency, and open capital account. Currently the lines are blurred with a partially open capital account, a managed floating exchange rate, and restricted monetary policy independence. At present, cutting rates to historic lows risks a fresh round of capital flight, with the PBoC then having to sell an uncomfortable portion of its currency war chest, thereby tying up domestic liquidity and counteracting lower borrowing rates.

To overcome this policy contradiction the PBoC must (and is) move towards a free floating exchange rate. In August, PBoC Deputy Governor Yi Gang clearly expressed intention to move towards a clean float, and the recent publication of the RMB trade-weighted exchange rate confirms that exchange rate liberalisation is not losing steam. This is undoubtedly the most sensible policy option for the PBoC at this juncture. If the transition is successful, the PBoC gains unconditional control of monetary policy, the currency helps absorb adjustments emanating from the increasingly open capital account, and the market engineers a weaker exchange rate. In the short term this is convenient for China in the context of slowing growth, low inflation, other regional currency depreciation, and U.S. opposition to state manufactured currency weakness. While this adjustment takes place we may expect reserves to decline further towards $3tn, but if all goes to plan, we should see the pace slow as the renminbi takes over the equilibrating role.