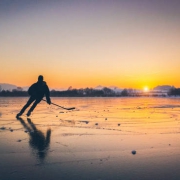 As Canada approaches federal elections scheduled to occur on October 21st, it is an opportune moment to take stock of the country’s political and economic direction. The Canadian economy appears to be on track to grow at a modest 1-2% as measured by GDP. Inflation, as measured by CPI, is roughly in the center of the central bank’s 1-3% band.  Yet, below the apparent economic calm and sound financial system lies the prospect of stormy waters. In addition to domestic political developments (and domestic economic imbalances, such as in the housing market), slowing global growth may also present risks to the export-dependent economy. In this piece, we present a range of questions to enable an analysis of Canadian economic conditions that may influence the Canadian dollar and interest rates.

The Canadian housing market has some parallels to that of the US in the mid 2000’s.  The ratio of Canadian household debt to disposable income is close to 180%. The equivalent measure in the US peaked at around 140% in 2007.  Over a fifth of the Canadian economy is real estate-related activity, including construction.

In Canada, consumption is close to 60% of GDP and a large portion of that is influenced by home equity lines of credit, where levels are comparable to those seen in the US in 2005-7. Additionally, the economy is heavily export dependent and household debt is particularly elevated. The global economic slowdown, in part a result of the US-China trade war, is already starting to have an effect on Canadian consumption of ‘big-ticket’ items such as cars, and potentially housing, putting downward pressure on their prices.

As for the politics, the Liberal and Conservative parties remain essentially tied on the popular vote projections but the Liberals have a moderate edge in the parliamentary seat count. However, from our perspective, several key questions remain.  First, to what extent might preference falsification play a role in the election outcomes compared to the poll data?  Second, how might the disparate fiscal and investment objectives of the two parties impact economic growth, monetary policy, and capital flows?  Third, how might Canada’s approach to the geopolitical sphere on both currency policy and the passage of agreements such as the USMCA take shape?  Fourth, the term of Bank of Canada Governor Poloz ends in June 2020; how will a new leader impact the appointment of the next Governor, and how will this affect monetary policy?

In the lead up to the Canadian federal elections on 21st October, we conducted a representative survey of some of the biggest Canadian investment professionals. The aim was to evaluate the sentiment of institutional investors towards the Canadian economy and the potential effect of the Canadian elections on financial markets. The results of the survey were largely representative of the current market pricing for Bank of Canada monetary policy, exchange rate volatility, and election outcomes. 79% of respondents stated that the upcoming federal election would not materially influence financial markets and the Canadian dollar is largely expected to be range-bound. The most recent US presidential election and Brexit vote in 2016 both had unexpected outcomes and a substantial effect on markets and sentiment.  Could the Canadian election later this month lead to unexpected outcomes? Are investors and markets prepared for such outcomes? How might the Canadian economy be affected by the results of this election?

Over the past months, poll data has shown the Conservatives and Liberals in a very close fight to determine the winner of the upcoming election; nevertheless; Liberals are generally expected to win the election and the most seats. Similarly, 71% of our survey participants expect a Liberal party victory. However, 60% of respondents who expected the Liberals to win said that the Liberal government would lose its majority. Polling expectations raise the issue of preference falsification, which was a dominant factor in both the 2016 US elections and Brexit vote. To what extent might voters be unlikely to show social support for an undesirable candidate in polls or might the supporters of the ‘expected winner’ not vote? In the past this has resulted in surprising outcomes and repercussions on financial markets. Could this phenomenon be occurring in Canada and how would a surprise outcome affect the Canadian economy?

The Liberal and Conservative parties diverge on several issues which are central to the Canadian economy. Oil is a dominant feature of the Canadian economy and constantly poses an issue of balance between the economic benefits and detrimental environmental and social effects. In June, Trudeau approved the Trans Mountain Pipeline, which has isolated the Liberal leader from environmentalists and indigenous people that showed support for him in 2015, potentially shifting support towards more left wing parties such as the New Democratic Party (NDP). While the Liberal party attempts to balance the positive economic and negative environmental effects of the oil industry, the Conservative Party clearly supports the economic benefits of the industry. The party plans to facilitate the building of pipelines by repealing the approval process brought in by the Liberal government and also aims to eliminate the carbon tax. The two parties also have varying approaches towards fiscal policy. The Conservative party is conducting their campaign with the clear aim of reducing the fiscal deficit while the Liberal party has no such aim.  How might each potentially divergent path influence future monetary policy and financial markets?

Regardless of which party is elected, there will likely be increased pressure to resolve disputes with China, where two Canadians are still currently being held in detention. Tensions with China have been persistent since December 2018. China has imposed limits on the imports of Canadian canola products, pork, and soybeans, which is starting to damage Canadian exports and agricultural activity. Scheer has stressed the urgency of the situation in the past weeks and is likely to take a more aggressive stance in resolving the issue with China; could this however come to jeopardise Canada’s relationship with the US?

Geopolitics and the ratification of the USMCA are also likely to play a large role in the months following the election. The survey we conducted showed that 64% of respondents expected the USMCA to be ratified in current form within the next year. Meanwhile, 86% of respondents who indicated that they expect a Conservative government thought that it would likely take a tougher stance in negotiating the USMCA. Despite denouncing the negative effects of the US’s protectionist policies, Scheer is likely to be more critical of the USMCA as it currently stands. The Conservative party leader has called the renegotiations conducted by Trudeau a ‘failure’ and could demand renegotiations on the deal, prolonging trading uncertainties with the US, its largest trading partner. Given the large export component of Canada’s GDP this may be a headwind to growth and impact both interest rates and the currency.

As opposed to several other developed nations Canada has not cut interest rates since 2015 and has not used any unconventional monetary policy following the global financial crisis, providing it with a substantial margin for monetary stimulus in the case of a global economic downturn. Indeed, 84% of respondents expect interest rates to fall before June 2020, as the global slowdown is likely to start affecting the Canadian economy. The global economic slowdown, along with substantial levels of household debt, is, however, likely to have an impact on Canadian consumption. Global monetary policy implemented as a result of the financial crisis has in part sparked the boom in borrowing, which has led Canada’s ratio of debt to disposable income to approach 180%, exceeding levels in the US prior to the Great Recession. An investor would be remiss to dismiss the economist Irving Fisher’s work and the impact of increasing debt levels on both economic growth and inflation.

The Canadian economy has been stable and remains on sound footing, but it would be negligent not to recognize the economic and political risks. There is a clear consensus amongst investors and markets in expecting continued Liberal government rule and minimal effects on the economy and low volatility in financial markets. There are, however, myriad reasons for market participants to consider alternative outcomes.  Volatility in geopolitics may very easily shift to volatility in financial markets given the macroeconomic imbalances, a possibility which could contrast sharply with consensus views. In our discretionary currency portfolio, we use this type of macroeconomic analysis as one of the inputs to generate views on Canadian dollar exchange and interest rates which differ from market consensus.