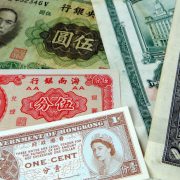 After many years of labelling some countries as de facto currency manipulators in its official statements, US officialdom has now begun to soften its rhetoric in respect of such labelling, especially regarding the Chinese Renminbi. In particular, the US has dropped its oft-repeated description of the Renminbi as “significantly undervalued”, probably in the hope of engaging in constructive negotiations with China (and the BRICs at large for that matter) when the IMF meets in November to decide whether to include the Renminbi as an SDR currency.

While this may be largely diplomatically motivated, the US nonetheless continues to have a material concern about the so-dubbed “currency manipulators” with leading candidates for the US presidency in 2016 sprinkling it in speeches and other fora in present times. We also note that this extends beyond officialdom and into K Street where American auto-makers and leading manufacturers list exchange rate policies across the world, particularly in Asia, as one of their main concerns.

Why this, in a sense, uniquely American pre-occupation with global monetary and currency regimes? After all the European Union conducts a larger volume of trade with China than does the US, for example. Furthermore, the US is a relatively closed economy and largely energy self-sufficient, thus potentially more insulated from FX-induced shocks.

To understand this in more detail, one of the main points to consider is that is that the US (unlike the Eurozone) is running a persistent current account deficit, which means it has more to gain from a rebalancing of the world economy emanating from relative currency adjustments than does the Eurozone. More poignantly, when Eurozone officialdom does make noises about excessive Euro strength, its tends to be about the EURUSD rate itself rather than about the EURCNY rate, for example. This makes sense as the USD is still the anchor of the world’s monetary and financial system, meaning that any Asian country seeking to influence its own currency value will do so against the US Dollar, so there is little point from the European perspective to be concerned about any emerging market currency exchange rate directly rather than through US Dollar lens.

The second point to consider is that the US has long had a manufacturing trade deficit, but especially in automobiles, an industry that tends to be vocal about excessive US Dollar strength. For example, exports of automobile vehicles, parts and engines to Japan amounted to 2.1 USD bn in 2014, whereas imports totalled 49.9 USD bn. While this deficit has narrowed somewhat in the last few years, this automobile trade deficit with Japan alone still represents almost 7% of the entire US trade deficit in goods for 2014.

Third, it is probably still the case that manufacturing blue-collar as opposed to service blue-collar workers still have an outsized impact on US politics relative to Europe. Linked to this is perhaps the reality that the broader benefits of a stronger currency for the general population via lower inflation are less visible in the US than in more open economies, for instance, the UK or Germany. Cheaper imports (the most visible impact of a stronger currency on the consumer surplus) perhaps features less prominently in the US debate than elsewhere.

The fact that the US has a lower currency-cum-inflation pass through has been well documented. Most recently, Harvard economist Gita Gopinath has made the case (convincingly in my view) that the US Dollar’s dominant position in global trade invoicing helps insulate domestic inflation from exchange-rate shocks (see here). As globalisation continues to make consumer markets more integrated and coupled with the rise of technology and price comparison feeds at a global level, it may be the case that the exchange rate–inflation nexus continues to weaken.

This also has significant implications for the potency of monetary policy in the developed world, which may have seen its effectiveness weakened not only by the broken transmission mechanism operating via the bank lending channel post the GFC and Great Recession, but also via this diminished FX-inflation pass through, which continues to be taught and communicated by academic economists and policy makers alike

In all, it would thus appear that from a US policy perspective a stronger USD may be a lose-lose situation, a view I think the Fed (covertly) shares.