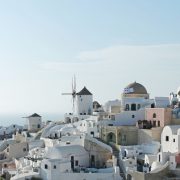 Agreekment: Mapping out the flows

On Monday morning Tsipras finally agreed to creditor conditions to obtain a three-year bailout worth between €86bn, which is to be funded by the European Stability Mechanism (ESM) and the International Monetary Fund (IMF). In order to get hold of the cash, Greece will be subject to a number of measures including changes to the VAT system, pension system reform, and asset transfers to the tune of €50bn to a privatisation fund. The funds from privatisation will be distributed in a 25/25/50 split to debt repayments, investment in the economy, and bank recapitalisation. With only a fairly watery Euro Summit Statement to go on, below we attempt to map out some of the big figures involved in the proposed bail-out at their face value.

We start by laying out the Greek debt repayment schedule, which the Wall Street Journal has helpfully compiled. Between now and the end of August, Greece needs to pay around €14bn if you include the €1.6bn in arrears with the IMF. This figure increases if you assume that Greece remains locked out of capital markets and cannot roll it’s T-Bills. Within these payments, the most urgent is €3.5bn due to the ECB on the 20th, who is currently keeping the Greek banking system afloat via Emergency Liquidity Assistance. If Greece is to meet these demands, bridge financing will be required in the meantime. This will likely entail legal issues but we assume that a solution is found in the form of bilateral EU loans, which are later offset in the bailout program. In the medium term (3 years) there are a total of €43bn of scheduled payments. In total there are €275.3bn of payments to be made, ending 2054. These later payments are primarily to the EFSF, Eurozone governments and private investors.

Next we look at the sources of funds Greece has available to pay the principal and interest. Firstly it will receive ESM disbursements (which we assume has front loaded payments from the bilateral loans and for emergency bank recapitalisation, followed by quarterly pay-outs). Secondly €12.5bn is to be distributed over 5 years sourced from the €50bn Greek asset privatisation fund. Lastly the IMF envisage a primary surplus of 1% in 2015, 2% in 2016, 3% in 2017 and 3.5% thereafter on an annual basis. It is unrealistic, as most observers note, to expect these targets will be met.

In the grand scheme of things

With these assumptions in mind we can determine that if Greece uses the new funds over the three years to exclusively pay back creditors, the leftover amount and ‘new bailout funds’ total €43bn which can be used going forward (although it is unclear exactly what the intended purpose of these funds is and what conditions are attached). What this then means is that over the three years of disbursements, around 86% of total liabilities to the ECB and 72% to the IMF will be transferred to the ESM and credit risk shifted over to the European taxpayer. For Greece this is a boon. In the latest Euro Summit statement the Eurogroup remained open to longer grace periods and payment periods conditional upon implementation of agreed measures and a positive first review.

With the IMF and more importantly the ECB ‘paid-off’ the prospect of debt renegotiation becomes a lot more likely with the European Commission as largest remaining official creditor. Are Schäuble and co. ok with this? Of course not, which is why Greece must agree to sacrifice €50bn of assets to the privatisation fund so as to mitigate potential losses to the Eurozone taxpayer and to signal to other program countries that there is no free lunch when it comes to package renegotiation. Contrary to popular belief, I believe Greece has a relatively good deal given that only €12.5bn of the asset fund is to be used for debt repayment or a ‘European safety net’. Additionally, the economic and humanitarian consequences of Euro exit are extensive; depositor haircuts via currency redenomination, bank failures, a non-existent real economy.

Whether this works or is the best solution for Greece is another question for another blog post; there are many uncertainties surrounding the bail-out including primary surpluses, asset sales revenues and timing, and the condition of the Greek economy after two weeks of bank closures and capital controls. Perhaps the EU institutions are just prolonging the inevitable – a simple look at the trajectory of debt improvement under these very generous assumptions show around a €50bn improvement in the debt stock by 2054 if you exclude the €43bn new bail-out money. One thing we can be sure of is a Greek Euro exit in the near future should the Institution’s renewed efforts fail.