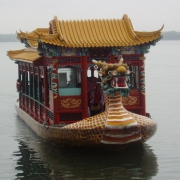 A Framework for Assessing the Outlook for EM Currencies

The case for investing in emerging market currencies remains strong, despite the recent volatility. A combination of rising US rates, concerns about the stability of the global trading system and local political turmoil have generated headwinds for EM currencies. However, the recent sell-off has considerably boosted return expectations given the current level of undervaluation in EM currencies, and there may be a tactical case for taking positions in emerging markets.

Not only are emerging markets looking cheap and offer higher real interest rates, return expectations can be further enhanced by tilting towards currencies which are more undervalued, and have relatively higher real interest rates or better growth prospects. Investors who fund their positions from a broader universe of developed market short currencies will be more diversified, and better protected from drawdowns and volatility.

In the remainder of this blog post, we present a framework for analysing the outlook for EM currencies based on the economies’ underlying performance over the long run. We assume throughout that EM currency investments are made using FX forward contracts.

As discussed in a previous post, EM currencies have some advantages on both of these measures. Firstly, EM economies tend to experience productivity catch-up with developed markets. There are multiple reasons for this: as EMs become more integrated in the global economy (notable examples include China and India), capital can flow more freely to these economies, where it experiences a higher rate of return. They will therefore experience a period of higher economic growth. This can be explained within the framework of neoclassical economics (e.g. Solow, 1963). Secondly, the diffusion of technology across the world may present EM economies with more “low-hanging fruit” when it comes to productivity growth; i.e. it may be easier for EMs to improve productivity since there are more productive economies in the world for them to take inspiration from. The extent of this can depend heavily on political institutions, and the extent of FDI and global trade flows, of course. Faster economic growth translates into real currency appreciation via the Balassa-Samuelson Effect. Due to the existence of a non-tradeable sector in the economy, and labour mobility between sectors, productivity growth leads to real appreciation of the currency. This is because rising real wages in the tradeable sector must bleed into the non-tradeable sector, causing real price increases and therefore a stronger real exchange rate (this can happen either via inflation or via nominal spot appreciation).

Secondly, EMs typically offer higher real interest rates. There are two reasons for this. Firstly, from the Solow growth model, we know that during periods of convergence, the real rate of return on capital is elevated. Secondly, where EMs’ current accounts are in deficit, macroeconomic equilibrium is consistent with higher real interest rates. Otherwise, there would not be an inflow of capital. In effect, investors are paid a premium to lend to riskier economies. EMs such as India, Indonesia, South Africa and Brazil fit into this category.

These factors determine the long-run expected return of a long position in EM currencies. Furthermore, sell-offs provide tactical opportunities to increase EM exposure. Figure 1 illustrates this historically. The blue line shows real appreciation of 20 EM currencies against the US dollar. The dotted red line shows the growth factor- the real appreciation attributable to differential growth rates and the Balassa-Samuelson effect. The difference is a value reversion factor: when EM currencies have appreciated by less than justified by the Balassa-Samuelson effect, they can be considered to be undervalued. This means that expected returns are higher. It follows that the expected return of an investor will be higher if the investment is made after a sell-off, and lower if it is made when the RAP has run ahead of its long-run return.

EM Currency Return outlook
Bringing this together, we can estimate the expected return of EM currencies:

With our earlier decomposition of RAP, we can further expand this:

We now estimate the return over the next year for a portfolio of 20 EM currencies against the US dollar.[1]

To estimate the RID return, we take the interest rate differential in the forward contract and adjust for the most recent YoY inflation print. On the assumption that inflation roughly follows a random walk, this ought to be a reasonable approximation to inflation over the coming year. This gives us a RID return of 1.42%.

The growth factor can be estimated using IMF forecasts of growth differentials. In order to capture productivity growth as precisely as possible, we use forecasted real GDP per capita growth in local currency over the next year. On average, the 20 EM currencies are expected to grow 1.26% faster than the US over the next year. A conservative Balassa-coefficient is 0.5 (that is, a 1% growth differential translates into a 0.5% real appreciation[2]). Applying this gives us an expected return from growth of 0.63% over a year.

Estimating the return from value reversion is more complex. A two-step process is used. First, we estimate the “fair value” of EM currencies (i.e. the real exchange rate justified by productivity).Then, an error correction model (ECM) is estimated which determines the rate at which EM currencies revert to this fair value.

We determine fair value by deflating market spot rates by Purchasing Power Parities (PPPs) from the IMF, and using these to estimate the justified real exchange rate as a function of productivity. A panel regression of 67 economies is used, and the measure of productivity is GDP per capita volumes. The US is used as a numeraire. Based on comparing R-squared values, the optimal relationship appears to be a logarithmic one. We also note a G10 premium which appears to be in excess of that justified by growth rates, perhaps due to the liquidity of G10 currencies and reduced political risk. (If this is not included, the model would overestimate the justified real exchange rate for EMs.) The estimated relationship is illustrated in Figure 2. From the justified real exchange rate and PPP values, we can back out the implied fair value of the nominal spot rate.

Secondly, we use an error correction model to estimate the rate of reversion to fair value. The first step is to estimate the cointegrating relationship[3] between fair value and the nominal exchange rate over time. Using the log of both gives us:

This is a cointegrating relationship if εt is stationary. Pooling EM currencies, we estimate γ as 1.00, which suggests that over time, a 1% increase in our fair value measure is accompanied by a 1% increase in the spot rate, consistent with economic theory. With two exceptions across our EM universe, a Dicky-Fuller test shows the resulting residuals to be stationary,[4] which confirms a general phenomenon of reversion to fair value.

An error correction model is then estimated for our universe of the following form:

RAP is the real appreciation against the US dollar, estimated using the nominal spot return adjusted for inflation differentials. e is the exchange rate, and FV is the estimated fair value of the currency against the US dollar. There is a dummy variable for the first 19 EM currencies against the dollar. This is represented above by the summed terms. Dk is equal to one when the data refer to currency k, and zero otherwise. This controls for any currency-specific growth effects. A positive value of δ is associated with a value reversion effect. We obtain a statistically significant value of 0.01. This means that every percentage point of undervaluation is associated with an additional 0.01% return over a month, or 0.12% return over a year. According to our measure, the average EM currency is now around 16% undervalued against the US dollar. This implies an additional 2.0% return over the following year.

So what does this mean for the outlook for EM currencies? Returning to our earlier, discussion, the full return of EM currencies can be analytically decomposed into:

We can now substitute each of these factors for our previous estimates. This gives us a total potential annual return of:

An additional point is that the portfolio measured here is an especially naïve way of capturing return from EM currencies. Investors who fund their EM positions from a broader universe of developed market short currencies will be more diversified, and better protected from drawdowns and volatility. Return expectations can be additionally enhanced by tilting EM currency exposure to EM currencies which are more undervalued, have higher real interest rates, or better growth prospects.

[2] The precise Balassa coefficient depends on whether the estimate is based on time series or cross-sectional data. Our research suggests that cross sectional estimates typically show an estimate of around 0.5 to 0.7. Time series estimates give varying estimates, but on average these are in excess of 1.

[3] Two non-stationary time series, X and Y, are cointegrated if and only if there is some constant, γ such that X-γY is stationary.

[4] It is not unusual to find that the null hypothesis of a unit root cannot be rejected in real exchange rates. One reason for this is that unit root tests have low power in highly persistent time series. This gives us additional confidence that the spot rate and fair value can be treated as cointegrated series. For a discussion of these issues, see, for example, Steigerwald (1996).

Emerging market (“EM”) currencies are typically subject to greater country-specific risks than developed market currencies.  As a result of this and other factors, emerging market currency pairs are typically more volatile than developed market currency pairs.  In addition, many (although not all) emerging market currencies are invested in through non-deliverable forwards (NDFs), which are cash settled, and the pricing of which is less deterministic than for deliverable forwards.  Investment in emerging markets tends to be more volatile than more mature markets and the value of your investments could in some circumstances move sharply either up or down. In some circumstances currencies may become illiquid which may constrain the investment manager’s ability to realise the investment. Political risks and adverse economic circumstances are more likely to arise putting the value of your investment at risk.
The above framework is provided for informational purposes only and is not intended to reflect a current or past recommendation, investment advice of any kind, or a solicitation of an offer to buy or sell any securities, Record Currency Management Ltd products or investment services. The framework is based on identified opportunities and investment analysis are for information only and there is no guarantee that any particular outcome will arise. There is no guarantee that any strategy or technique based on this research will lead to superior investment performance. All explanations based on market observation must be viewed in the context that past performance is no guide to the future.